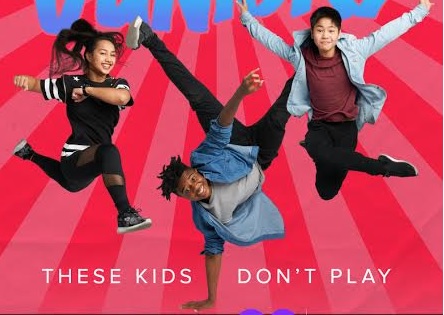 The mobile-only competition series will roll out April 20 as the network aims to capitalize on the online - and offline - popularity of dance.

Capitalizing on the broad appeal of a niche interest, the DanceOn multi-platform network has added another original program to its slate of dance-centered content.

Dance-Off Juniors, an unscripted series of 10 20-minute episodes, will feature three young dancers between the ages of 10 and 16 per episode competing for a cash prize of $5,000 in a series of freestyle and choreography-based challenges. The series is scheduled to debut on Verizon’s go90 platform on April 20.

This is the second competitive dance series produced by DanceOn (which was co-founded by music legend Madonna) for go90. In October, the network released Every Single Step, a competition series produced by So You Think You Can Dance producer Nigel Lythgoe and focused on finding America’s next big choreographer.

Kristin Campbell-Taylor, executive producer for the series, told StreamDaily the digital and social presence of the judges was a factor in their casting.

“They can provide a lot of guidance to the kids as mentors, (and) their experience gives them a lot of credibility and they draw an audience,” said Campbell-Taylor.

Dance has proven to be a popular vertical both in the linear and digital worlds. According to YouTube statistics, at least 24 million videos on the platform are related to dance in some way. Some of the most notable videos include Under Armour’s ad featuring American Ballet Theatre principal dancer Misty Copeland, which has earned more than 10 million views, and the dance-infused music video for Sia’s “Chandelier”, which has been viewed 1.2 billion times.

On traditional television, programs such as ABC’s Dancing With the Stars, Fox’s So You Think You Can Dance and Lifetime’s Dance Moms have all developed strong following. At its peak in popularity (its second season in 2006), So You Think You Can Dance averaged 10 million viewers per episode (the most recent season, which aired in the summer of 2015, averaged just over three million views per episode, according to TV By the Numbers). Earlier this week, the premiere of the 22nd season of Dancing With the Stars raked in 12.4 million views.

DanceOn isn’t the only network to tap the GenZ dance crowd. The upcoming summer season of So You Think You Can Dance will be presented in a new format that opens the competition up to dancers 13 years and under.

While DanceOn creates content for other platforms including YouTube, Vessel and Samsung, Campbell-Taylor said the format of go90 (which features “channels” on the home screen) allows for greater ease in discovering the network’s original programming.

“YouTube is massive, but for a lot of people, if you go to YouTube, you go because you know you want to watch (for example) a beauty tutorial. What we’re trying to activate is an audience that might not already be looking to watch a dance show, but then they discover (Dance-Off Juniors) and it entertains them,” she said.

DanceOn has released the trailer for Dance-Off Juniors, which is available below.