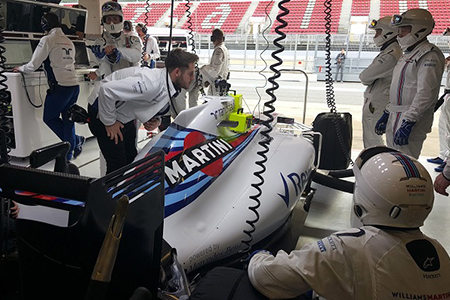 The new production unit is the latest development in Sky's virtual-reality push, which kicked off in 2013 with an investment in U.S. company Jaunt.

U.K. pay-TV broadcaster Sky has launched an in-house virtual reality (VR) production unit that will look to release more than 20 films over the next year.

The slate from Sky VR Studio will span everything from sports, movies, news and entertainment to a range of international locations, and will offer a “unique perspective on major events.” Planned experiences include a focus on heavyweight boxing that goes inside the ring with Anthony Joshua, and a look at the Team Sky cyclists’ pursuit of the Tour de France crown.

The pair of VR films, produced with Formula One Management and Williams Martini Racing, promises to “transport viewers to the pit lane, into the team garages, and out onto the track.” They will be published on the Facebook 360 platform, while the full VR experience will be available on the Oculus platform, and also viewable on the Samsung Gear VR and Oculus Rift headsets.

Sky says it will aim to distribute content later in the year through a dedicated VR app.

The launch of the studio is the latest development in Sky’s VR push, which kicked off in 2013 with an investment in U.S. company Jaunt. Since then, Sky News has published a series of 360-degree videos, while Sky Movies tested the technology during the Star Wars: The Force Awakens premiere, giving a “unique view of the red carpet.”

Gary Davey, MD of content at Sky, said in a statement that the Sky VR Studio affords the company a “new dimension” to its storytelling across multiple genres.