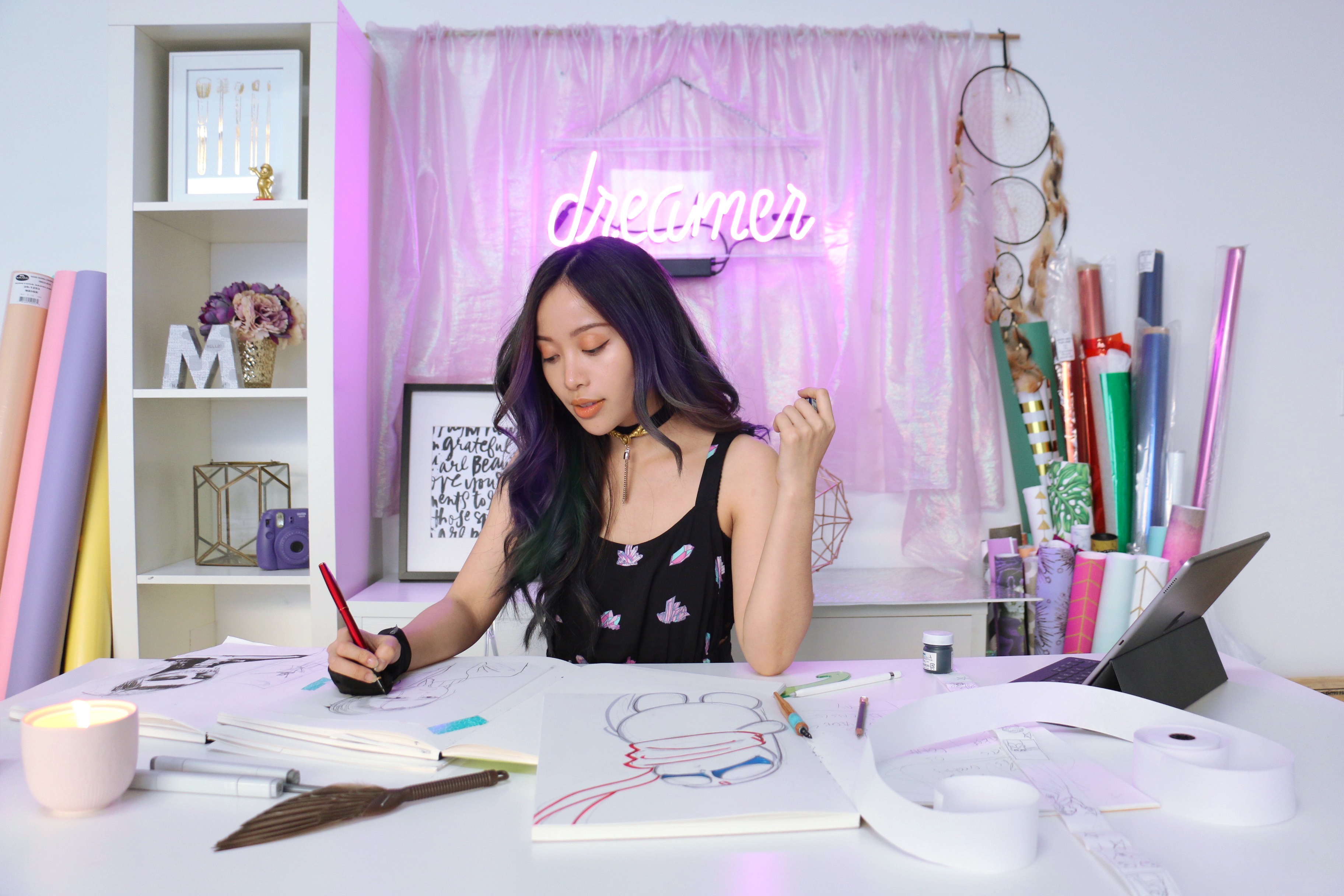 Phan, whose beauty and make-up expertise has earned her a fanbase of 8.4 million subscribers on YouTube, was expected to formally announce the series’ launch March 18 at SXSW, where she is set to join the Women in Digital Comics panel.

The first three chapters of the story are available for download now, with new chapters made available every Sunday beginning March 27. In all, the series will run over 26 chapters.

The project taps a growing appetite among young digital viewers for stories that feature strong female characters in a central role. Phan’s series features a girl named Rhea, a young songstress of divine origin who slowly awakens to her true powers with the help of her guardian, and master alchemist, BeBo.

Line Webtoon, which is part of Korean tech co. Naver Corp., estimates that women make up about half its key online audience in both Korea and the U.S. The publishing arm has been been looking to grow that number through partnerships with high-profile creators such as Phan.

“We’re really proud of our wide appeal to female comic readers, and we couldn’t do that without partners like Michelle creating such digital native, quality content that fans are excited to read,” said JunKoo Kim, founder and head of Korea-based Line Webtoon, in a statement. “Michelle’s creativity and passion for comics resulted in a unique, compelling story that we are excited to share as an addition to the Line Webtoon today.”

Phan, 28, has previously said that she first conceived of the project when she was 11 years old.

In 2015, Phan took her online brand to a new level by partnering with the Endemol Beyond MCN to  launch the Icon Network in the U.S. and U.K. Icon offers a slate of digital content across platforms that focus on beauty, DIY and lifestyle topics. Endemol has since expanded Icon’s reach globally offering localized content in each region.