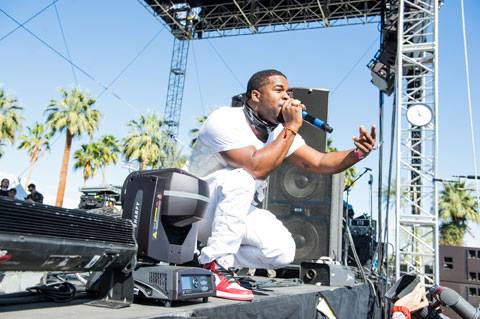 MTV Snapchat Docs: Art/Life/A$AP Ferg bowed March 16, marking the second major Snapchat project for the network in as many weeks.

No one can accuse MTV of falling asleep on Snapchat.

For the second time in as many weeks, the youth-focused linear music network has launched a major video project on the mobile platform (which only saves content for 24 hours after its initial upload).

The doc was uploaded in “real time” (immediately after filming) and posted incrementally throughout the day instead of in one small time-frame, in order to keep viewer engagement high over a long period of time.

This is the second piece of Snapchat content produced for the Woodies. Last week, MTV announced that it would be running behind-the-scenes content at the Woodies sponsored by candy maker Reese’s.

Snapchat, of course, holds deep popularity among users 18 years and under, and reportedly sees as many video streams per day as social networking giant Facebook.

That socially engaged Gen Z crowd is also MTV’s demo. The network has been increasingly exploring the digital space as its linear viewership has declined. In 2013 it launched MTV (other), an online portal for short-form original content geared at MTV viewers. It launched its official U.S. Snapchat Discover channel in February, enabling it to pair with advertisers and monetize its Snapchat content.