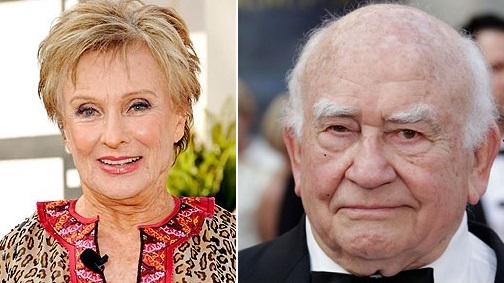 The project greenlight comes as Hallmark Cards looks to make inroads in the U.S. digital video market through its feel-good SVOD service.

The series’ greenlight comes as Hallmark looks to make inroads in the U.S. digital video market through its feel-good SVOD service, Feeln. Last week, the service rolled out the docu-series Wonder Women: Heroic Forces, showing the power of women both in front of and behind the camera.

The Eleventh is currently in production through the streaming service. The story follows a young girl’s journey to getting to know her estranged grandmother in order to bring closure to the past and unite her family. Executive Producers include Feeln CEO Rob Fried, Cristina Malavenda and Laurence Braun.

In addition to Academy Award and Emmy-winning actor Leachman (pictured, left), Emmy winner Asner (pictured, right) and Henderson of The Brady Bunch fame, the projects also stars Chris Atkins (Blue Lagoon) and Tracy Nelson (Down and Out in Beverly Hills).

“Uniting iconic television legends to share the screen again has been an incredible experience, and we can’t wait to share the final product,” said Fried in a statement.

The drama is set for release across multiple platforms. No further distribution details were available at press time.

Two-year-old Feeln produced its first original with the reboot of the 80s animates series Rainbow Brite, featuring the voice talent of Emily Osment and Molly Ringwald, and has since greenlit several other scripted series.