The former head of alternative programming has been promoted to SVP as the talent agency grows its reach among online creators.

Shankman has been working with Abrams since 2003 and helped launch the agency’s alternative programming and digital media department. He confirmed the promotion on Twitter.

The agency has brought on board a number of new faces to the digital division under Shankman’s reign. Recent signings include Jimmy DiResta, Dr. Mike, Andrea Brooks, Dylan Dauzat and Breland Emory.

The latest to join Abrams’ roster is Real Howewives of New York City star Ramona Singer, who joins the growing number of linear performers making the jump to digital. 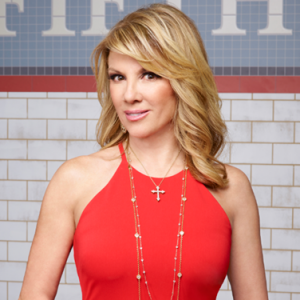 Singer will be represented in all areas, including digital and branding, by Abrams’ New York office. The agency has not said what type of digital content Singer will develop, but much of Singer’s career has been focused around fashion and style (Singer earned a degree in marketing and buying/merchandising, and has worked for brands such as Calvin Klein and French Connection). She’s also focused many of her social media posts on healthy living and nutrition for women over 40.

She joins a growing number of linear stars — particularly those from the unscripted world — who’ve taken on digital projects in order to reach a broader audience. Last fall, U.K.reality star Charlotte Crosby (Geordie Shore) signed with Sassy Digital to develop content for her YouTube channel. Since signing, Crosby has grown her subscriber base from 60,000 to 280,000. Canadian reality stars Maripier Morin (Hockey Wives) and Cherryl Torrenueva signed with the Canadian outpost of Kin Community last year to launch their own lifestyle-oriented YouTube channels; and former reality show contestant Dominic Sandoval (So You Think You Can Dance) has earned more than 2.5 million subscribers on his YouTube channel, and recently appeared in a digital campaign for Contiki Holidays with several other YouTubers.

The Real Housewives of New York City is now in its eighth season set to premiere on Bravo in April. Singer remains part of the main cast, and is the only “real housewife” on the series to appear for its entire eight-season run.