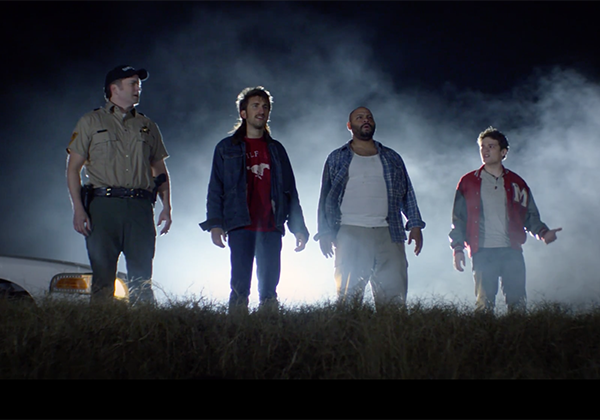 The live-action series will be made available exclusively to subscribers, and includes a new comedy and the prodco's first-ever drama.

Hot off the release of its first live-action, full-length film, digital studio and network Rooster Teeth will premiere two new live-action series in 2016, including its first-ever drama.

Crunch Time is a half-hour comedy series created by Andrew Disney and Bradley Jackson (Balls Out) and will premiere in September 2016. The series, a co-production between Rooster Teeth and Ralph Smyth Entertainment, follows a group of grad students who use big science for petty purposes, and accidentally create a small but potentially world-ending black hole.

Day 5 is a scripted drama written by Josh Flanagan, Chris Demarais, Aaron Marquis and Mark Bristol. It takes place in a world in which sleeping suddenly becomes fatal. With half the world suddenly dead in their beds, the remaining survivors — insomniacs, vagrants and night-shift workers — must discover how to safely sleep once again.

Subscribers have played a large part in Rooster Teeth’s development since its inception in 2003. Company co-founder Burnie Burns told StreamDaily in a previous interview that in the days before YouTube and advertising, money earned through subscriptions helped the company to survive.

“We were hit with a $12,000 bill our first month, so the way we afforded that was with subscriptions, T-shirts, other merch,” Burns said. “When YouTube came in, it really ushered in this golden age of monetization.”

The subscription service has stuck around at Rooster Teeth since then, offering exclusive content for a monthly cost of $4.99. Rooster Teeth also offers free, ad-supported content across platforms such as YouTube and Go90.

Rooster Teeth was acquired by the Fullscreen MCN in 2014.