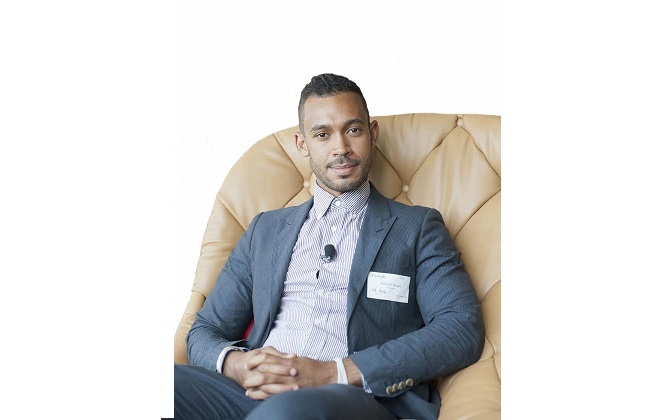 Randel Bryan and Caroline Reik have both been promoted to newly created senior roles within the digital and commercial division of the business.

Newly rebranded Endemol Shine Beyond UK has announced the addition of two senior roles, along with some critical management shuffles, to the digital and commercial division of the business.

The move sees Randel Bryan and Caroline Reik take up leadership roles in the company following the merger of digital production arm Endemol Beyond UK and the ChannelFlip multi-channel network.

Bryan (pictured) joined Endemol in 2012 as director of digital content. He’s now been upped to director of content and strategy. In the role, he’s tasked with overseeing the content output and strategic operation of the company’s most successful formats, including gaming show Legends of Gaming and Michelle Phan’s international lifestyle brand, Icon.

Reik, formerly director of branded content, has been promoted to commercial director and is responsible for content deals within the digital production and distribution studio. She came on board the company in 2014 as head of branded partnerships.

In other moves, Kate Glover currently head of female lifestyle at ChannelFlip, now takes the role of joint sales director, alongside Elliot Willis.

Jones said in a statement that the moves are all designed to bring together separate leadership teams under one roof.

“These are exciting times ahead as we continue to diversify our premium digital offering,” he said.

Recent successes from Endemol Shine Beyond UK include Legends of Gaming, which has since launched in the U.S., France, Germany, Chile and Brazil, Rule’m Sports, featuring YouTuber KSI, and the recent launch of AwesomenessTV UK, a local version of AwesomenessTV.

Internationally, Endemol Shine Beyond has hubs in in the U.S., U.K., Germany, France, Italy, the Netherlands and Spain, as well as in Asia, Latin America and Central and Eastern Europe.

Earlier this month, the company announced the departure of global managing director Georg Ramme. Ramme, who is scheduled to leave in May, has been leading the international digital expansion of the company into new markets since last year.

Meanwhile, in the U.S., former Maker Studios executive Bonnie Pan was recently appointed president of Endemol Beyond USA, tasked with driving the continued development of the network in North America.