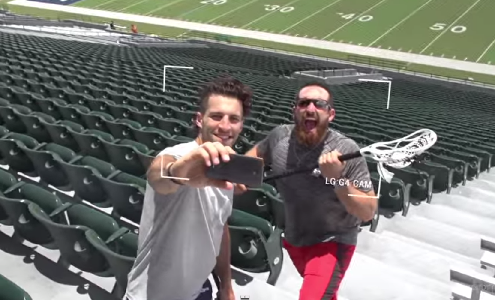 New to the latest round of investors are NBC Sports Ventures and Tegna Media. Sky and Emil Capital also participated in the round.

Digital media co. Whistle Sports has secured $20 million in funding as it looks to continue its fast growth in the sports vertical.

New to the latest round of Series C investors are NBC Sports Ventures and digital and linear media co. Tegna Media (formerly Gannett).

Sky and Emil Capital also participated in the round. The two companies both previously invested in Whistle Sports in 2014 during its Series B.

It has content partnerships with the NFL, MLB, PGA and NASCAR, among other major sports organizations, and partnered in various branded campaigns with the likes of LG, Wilson, and Suburu.

In the past year, Whistle Sports has expanded its sports-themed original programming, recently launching five new series on Verizon’s mobile-first platform, Go90. The company has also made the jump to linear platforms, bringing a weekly original series, Top Ten Trick Shots, to Nickelodeon in 2015.

Under the terms of the recent investment deal, Tegna, which owns 46 television stations as well as a digital unit, will have a seat on Whistle Sports board of directors. Tegna president and CEO, Gracia Martore, said in a statement that the partnership will give Tegna access to Whistle Sports large and influential audience of millennial male viewers.

“It will also combine our respective expertise to create more innovative content and advertising solutions,” she said.