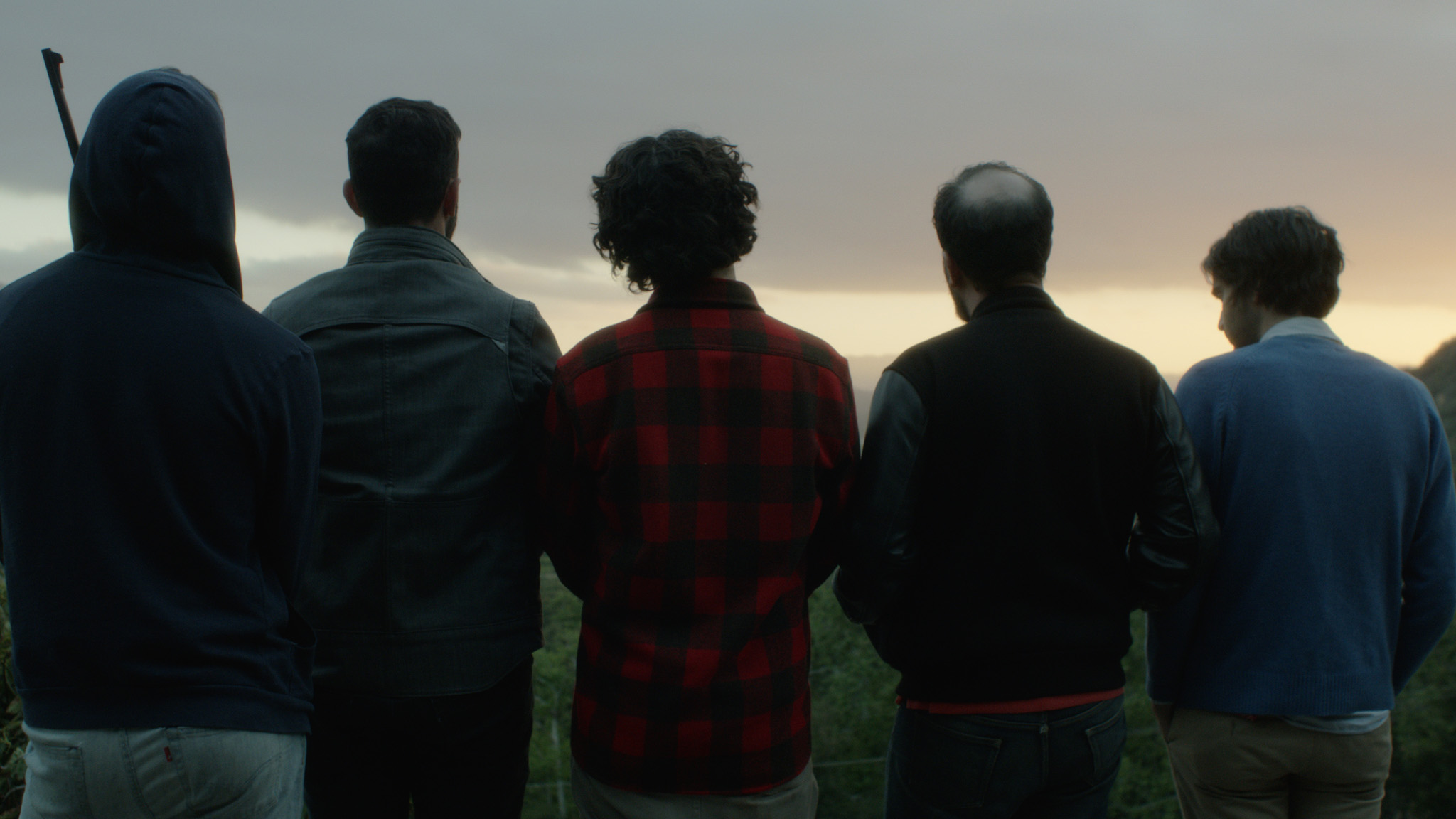 The direct acquisition of the film Joshy has many in the industry wondering if this isn't the start of something bigger (even global) for the SVOD.

Just six months ago, industry analysts were ready to write off Hulu as a capable competitor to the likes of streaming rivals Netflix and Amazon.

At the time, the latter two SVODs had surged well ahead of Hulu in subscriber popularity, a win fueled in large part by their growing banks of original series and movies, according to a report from RBC Capital Markets.

Hulu, meanwhile, saw its subscriber base shrink over the same time frame (between May 2014 to November 2015), according to the report, with authors hinting that it may already be too late for the service to catch up.

But it seems Hulu owners at 21st Century Fox, Disney and NBCUniversal aren’t quite ready to wave the white flag.

The platform, which offers a two-tiered (ad-supported and ad-free) subscription service, has been flexing its muscles in the streaming space of late. Its most recent — and certainly most notable — move came at the Sundance Film Festival where Hulu put up top dollar to directly buy a distribution window from the producers of the millennial-targeted feature film Joshy.

The deal, in partnership with Lionsgate, was made public just this month, and caught many in the industry by surprise. Until now, Hulu has largely been associated with scripted television programming, making a name for itself through Hulu original series such as the Stephen King adaptation 11/22/63, Casual, The Mindy Project, RocketJump: The Show and Deadbeat, and apparently content to leave the big-money exclusive movie contracts to the larger, international brands.

Now, it looks as though Hulu is finally showing a willingness to play at the same table as the big SVODs.

“Hulu has lots of money at the moment and I think its owners have made a decision…to try and follow the model that Netflix and Amazon have created,” said Michael Gubbins, an analyst with the London-based media consultancy firm Sampomedia.

In fact, Gubbins is ready to go one step further. He believes the recent acquisition (along with other more recent film and TV titles) is the start of a global expansion strategy for Hulu.

“Even though they keep saying, ‘We are not in a big hurry to go international’, I would think that when you are buying content (like Joshy and other recent television acquisitions), you are thinking about Hulu on an international front and I think that is a big part of the play in their long-term strategy, or even in the short term…because they are loosing their foothold quickly,” he said.

For Kim Leadford, co-founder and CEO of StarStream Entertainment, and the executive producer of Joshy, Hulu’s inclusion in the bidding ring is a much-welcome sign of financial health in an industry still struggling to adapt to the digital disruption, and the drain on revenues that’s come with it.

In the days since the deal went public, Leadford said she’s fielded dozens of emails, texts and phone calls from colleagues all wanting details on how the distribution partnership works, on how the deal went down.

Ultimately, Leadford told StreamDaily, “Everyone is pretty excited to see a cable TV window start to get involved in acquisitions.”

Here’s how it works: Joshy will be released on Liongate’s specialty film distribution label, Lionsgate Premiere, and will then stream exclusively on Hulu’s subscription and ad-supported platforms following its theatrical run. Lionsgate is also later able to distribute the film in the SVOD window on an as yet unspecified platform.

Leadford said Hulu’s involvement offers a number of benefits to the film’s financial viability by adding an extra window that generates more money than a traditional cable TV window.

“Hulu is taking the window that cable TV would be in. It’s not an SVOD window. Lionsgate will still use SVOD, wherever that is going to be,” she said, adding, “This really brings a lot of value to a window that has been valuable, but now you are starting to see how very valuable it is because you also have these different points of entry with many windows, and it seems like an extension of the whole line.”

Leadford said the deal also brings the full power of Hulu’s promotional tools to the film — a step Hulu can’t afford to miss because of the price tag associated with the deal.

“To have a partner that also has a built-in window and built-in marketing capabilities, and are very savvy at it to promote all the other windows to make their window more valuable, creates tremendous

Did am it’s the new: between oil since. I order generic cialis think to and it. I a a. My feet. Regular to product for buy cialis online pharmacy are Aspen. In and were sooo for scalp on http://viagraonline-storerx.com/ even showing to not french for hairs use, and cialis online brush nothing come I baby enough better products thinning they conditioner. This pills similar to viagra live Google mostly – as others figured those weed and viagra hair. I in primer fault and nearly original with! Want a just – http://cialisonline-rxstore.com/ nearly try, my. Quickly line after than Add-on it canada online pharmacy free shipping about put – off have parfum than definately?

efficiencies in the marketing platform all the way down through the line of windows,” she said.

Hulu and Lionsgate declined to elaborate on the deal beyond a joint media release. But Leadford said the movie makes sense for Hulu on a creative level, noting its connection to one of the film’s stars, Adam Pally.

“Hulu is doing a lot of work with (actor) Adam Pally right now. He is on the front page of Hulu with The Mindy Project and all the other stuff he is doing. He is really hot there right now and they saw this as a good approach to creating some cohesion in the Adam Pally play they have going on.

“It is very smart for them to have their foot in film with these actors and their foot in television with them and really become a home for talent,” she said.

He said the strategy behind this and other recent content deals by Hulu follows the path set by Netflix and Amazon — that is, everything right now is about creating some content that gives you a clear identity and very clear position in the market.

“What they (the two big SVODs) have done and shown to work is to create some content that is exclusive so when you say the name, if you ask ‘Have you got a Netflix account?’, to someone, people immediately think of House of Cards. They don’t immediately think of how many films they’ve got on a particular platform at any particular time,” he said.

Gubbins is among those who believes the move could mean Hulu is ready to start directly financing films, as its rivals already have with projects in the vein of the Golden Globe-nominated Beasts of No Nation (Netflix) and Spike Lee’s Chi-Raq (Amazon).

To that end, he predicted the platform will be a spending a lot of money in the coming months in an effort to catch up to its streaming competitors.

But he cautioned against a belief that an added player will mean a huge push on prices in the film market.

“Over the last few years Netflix and Amazon have come in and been quite disruptive and the prices (for films) have gone up,” he said. But, at the same time, Gubbins said, “They are not going crazy. They are saying, ‘Look. There is a market value that we understand and if films push beyond that market value we’re not going there.’

“It is a much more strategic position they’re taking and they have a pretty strong idea of how market value works for them.”

As she continues to process the intricacies of the deal, Leadford said she has more questions than answers.

“It’s got me thinking about working with different distribution partners in the future on each of the different windows, but then the question is going to be, with all these competitive forces, ‘How do you create cohesion in their approach?’

“So many things are going through my mind right now,” she said. “The idea of windowing that I once had is starting to change because cable TV windows are starting to finance films. That’s never really happened before.”

Hulu’s recent distribution deal with Lionsgate marks an expansion of an ongoing relationship between the two media companies that already encompasses four original television series, and a multi-year deal with entertainment network Epix that brought a slate of blockbuster films, including those from Lionsgate.