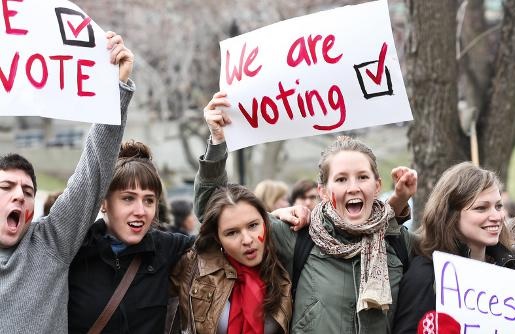 Reelio aims to get online influencers engaged in election

The marketing company has launched an initiative to partner online celebrities with non-profits like Rock the Vote in order to reach digital-first voters.

The 2016 election marks the first year of voting for many within the Generation Z age bracket. Their older peers in the millennial demographic, meanwhile, have typically shown low voter turnout (approximately half of eligible voters age 18 to 29 years voted in both the 2008 and 2012 presidential elections).

Research by the Center for Information and Research on Civic Learning and Engagement found that in 2012, the youth vote was part of what ensured President Barack Obama’s victory. Obama won the vote of 67% of voters age 18 to 29 years.

Linear networks such as Fox and NBC have also recognized the power of engaging young people via digital media and chosen to live-stream debates via YouTube. Likewise, media co Univision has invested in the millennial-friendly online satire news source, The Onion, with a goal to focus on election coverage.

“We are entering a very unique era, where digital viewership is exploding and more and more Americans are ‘cutting the cord,'” said Ava Kelly, senior director of Reelio Votes, in a statement. Kelly said the Reelio Votes initiative will help organizations like Rock the Vote reach young audiences through partnerships with popular digital influencers.

Reelio hasn’t yet announced any influencers who will take part in the program. The company has previously worked in the branded content space with influencers such as health and lifestyle vlogger Jarmaine Santiago (better known as JLovesMac1 on YouTube, where she boasts 1.9 million subscribers) and Matthew “Matthias” Frederick (one million subscribers).