The global MD's departure in May comes amid big changes at the company, including hiring Bonnie Pan to lead its U.S. digital operations.

The shake-up in the MCN world continues this week with more news from Endemol Beyond of major changes taking place at the helm.

The latest move comes from Endemol’s digital production arm in Germany where it was announced global managing director Georg Ramme will leave the company in May.

Ramme (pictured above) has been managing director of Endemol Beyond Germany since 2012 when he founded the network’s first local hub there alongside Marcus Wolter.  In 2014, he took on the additional role of managing director of Endemol Beyond International, overseeing the launch of digital hubs in the U.S., U.K., Germany, France, Italy, the Netherlands and Spain, as well as in Asia, Latin America and Central and Eastern Europe. He became global MD in 2015 as the company increased its efforts to push into new markets and areas of creativity, while building out its online influencer network.

In a statement, Ramme said he was leaving Endemol to pursue an entrepreneurial career in a new environment.

Stepping into the role of managing director of Endemol Beyond Germany is Michael Kollatschny. Kollatschny is currently head of TV and talent at Twitter Germany, where he was responsible for building partnerships with broadcasters and prodcos, as well as working with onscreen talent. He previously held senior positions at Endemol Germany.

Kollatschny takes up his new position May 1, replacing Ramme’s role in Germany. Based in Cologne, he will report to Marcus Wolter, CEO of Endemol Shine Germany and chair of the Endemol Shine Group in Northern Europe.

The company’s international digital business will continue to be overseen by Wim Ponnet, group director of commercial and strategy. 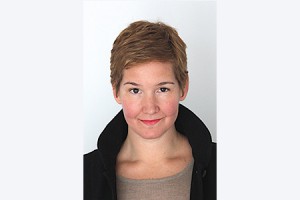 The news out of Europe comes one day after Endemol confirmed it has hired former Maker Studios Bonnie Pan (pictured, right) to lead its digital efforts in the U.S. As president of Endemol Beyond USA, Pan is responsible for driving the continued development of the network in North America.

She previously held the role of EVP of programming at the Disney-owned Maker where she oversaw the development of a large slate of original series in the gaming, lifestyle, family and entertainment categories, and led the company’s recent efforts to provide late night comedy programming for the History Channel.

Pan takes over the reins from Adrian Sexton, who stepped in as interim president in October following the departure of Will Keenan. Sexton will continue to serve as Endemol Beyond’s chief operating officer, a position he’s held since Sept. 2014.

Endemol’s digital network currently drives more than one billion monthly views across channels, offering both original content and branded entertainment. Over the past year, the MCN has been taking its most successful programming formats and networks and adapting them to fit other markets around the world. Among its biggest successes has been the lifestyle brand Icon, featuring Michelle Phan, which launched in the U.S. and U.K. in 2015, and is now being locally adapted in 16 markets. The e-gaming network  Legends of Gaming, has also recently expanded from the U.K. into the U.S. and Latin American markets.

The company also confirmed that Endemol Beyond is now updating its name to Endemol Shine Beyond, reflecting the combined business of the Endemol Shine Group.