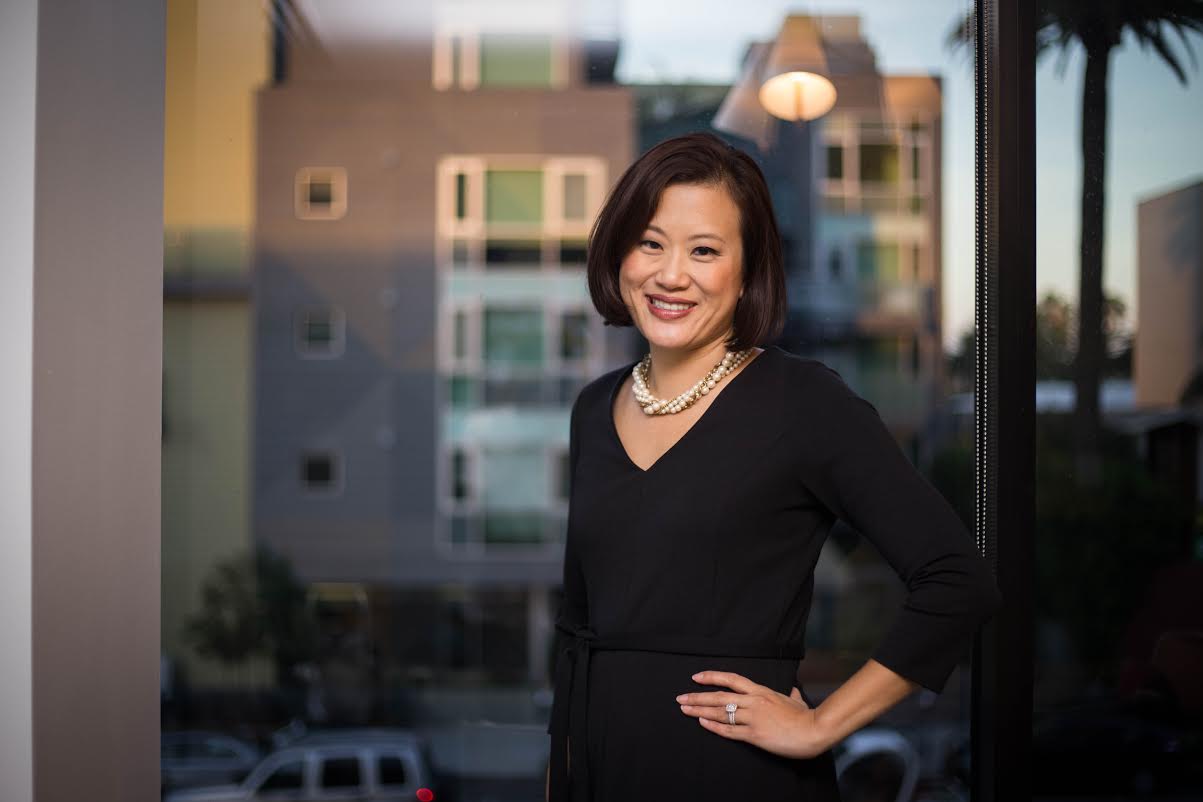 Vessel’s Ivana Kirkbride on big data and The Bacon Principle

The digital industry heavy-hitter dishes on the new wave of windowing, distribution in a multi-platform world and, of course, this year's Stream Market.

Vessel VP and head of content Ivana Kirkbride is one of those people who can easily talk across a number of topics with considerable expertise.

Big data, distribution and the deceptively powerful lure of bacon? Check, check…wait, what?

Even Kirkbride laughed at that last point after it came up in a recent Q&A with StreamDaily in support of her role as co-chair of Stream Market, the annual Brunico-backed event that aims to connect digital-first content creators with key buyers.

Kirkbride, who before joining Vessel, spent five years at YouTube, shares the co-chair role with Mia Goldwyn, chief content officer at StyleHaul, the fashion and lifestyle focused MCN and digital media co. Stream Market is scheduled to run June 6 and 7 in Santa Monica.

Now, getting back to the subject of bacon — Kirkbride was talking about trends in the digital industry landscape and, specifically, how online foodie favorite (and Vessel creative partner) Epic Meal Time has used data to fuel the success of the brand across platforms.

The group, fronted by Harley Morenstein, has built up a huge fanbase (nearly seven million subscribers to its main YouTube channel alone) through the comedic antics of its members and over-the-top bacon-themed recipes, from how to make a bacon Christmas tree (5.2 million views) to its bacon-wrapped turkey (and a few other birds) thanksgiving extravaganza (18.2 million views).

That focus on bacon is no accident. Morenstein has told previously told reporters that Epic Meal Time selected the meat as a signature ingredient “because it was logical and it made sense.” But Kirkbride said the group also discovered early on that every time the EMT guys mentioned “bacon” there would be a spike in views online — a factor she calls “The Bacon Principle.”

“What’s unique about digital development is that it is data-driven. There is a real-time feedback loop with your audience that allows one to iterate and test and program with utmost specificity,” she said.

Not that she’s advocating for data to replace creativity or act as a substitute for good old-fashioned hard work.

“Don’t let the metrics and the numbers fool you — it’s very much the same as the traditional media process and it can be just as much of a ‘hits-driven’ business. Digital influencers don’t happen overnight. They work hard at it and refine their craft the same way any artist would. They just don’t have the luxury of specialization. They are the penultimate multi-hyphenate. Writer, director, editor, producer, marketer, publicist, actor, comedian, musician, singer and author — all wrapped into one,” she said.

(For an in-depth look behind the scenes of a creator’s life, check out Lilly Singh’s new documentary A Trip to Unicorn Island.)

Read more from Kirkbride on where the industry is heading in 2016 in the Q&A below:

What’s been the biggest change in the digital industry over the past year?

Last year was all about the boom in multi-platform distribution. In such a short span of time we saw the rise of:

It could not be a more exciting time in video as the scales tip towards consumers and choice. The conversation in our industry is no longer about what, where and when to program to an audience, but how the audience chooses to watch what they want, when they want it. Although there are ten times more players in the space from last year, the impact is that users are consuming more media — not less. (An average teen today may blow through 60 GB of media on a smartphone in a month). As our market continues to expand from this shift, it creates a tremendous amount of opportunity for innovation in developing, programming and distributing content.

Looking forward, what do you think will be the biggest industry-shifting trend in 2016?

Jury is still out, but I think 2016 will be the third wave of innovation for online video. In the “first wave” 10 years ago, it was all about Myspace, Joost and Babelgum (R.I.P.) commissioning digital–first content, while advertisers were still skeptical and only allocated “experimental” budgets for online video. Then the writer’s strike ended in 2008 and budgets disappeared.

During the “second wave” five years ago, it was YouTube and the rise of MCNs—online video’s answer to the ad network. By last year, most of the MCNs saw exits, over 15 new SVOD services launched, three live video apps (arrived) with Twitch holding steady (in top spot), e-Sports (is) on the rise and social video apps charged the scene with Snapchat dominating millennials across the globe.

It definitely sets the stage for online video’s next chapter — the “third wave.” With the growth in distribution from last year, the demand for multi-platform content, influencers and creators will be bigger than ever in 2016. We will start to see innovation in formats, distribution and more. The traditional rules no longer apply. We will see more experimentation with alternative distribution models and what I call “micro-windowing.”

Can you explain more about micro-windowing and what that means to distribution?

In the first wave, content owners had previously been forced into a free or pay first-window distribution model that dictates long windows and typically tight sequencing by territory and platform that de-values any subsequent (viewing options).

In the second wave, we saw the historic “home video” window evolve into what we know as SVOD (Netflix, Amazon, Hulu) and TVOD (iTunes, Vimeo, VHX) windows today and take their place earlier in the distribution cycle. We also started to see digital AVOD (AOL, Yahoo, YouTube) take on a first-window position with properties seeking to generate awareness or target audience segments.

In the last year, because of new entrants such as Snapchat, Vessel, YouNow and Vine, we will start to see a “micro-windowing” approach to distribution. The first window can now be a series of micro-windows that are additive to each other and still retain value for subsequent ones. There could be a 24-hour window on Snapchat leading into a seven-day early access window on Vessel to build awareness and momentum for a feature that has a limited release in theaters. Post-theatrical, it could be licensed exclusively to a free, ad-supported platform such as Go90 or Buzzfeed for 30 days and then released to iTunes for transactional, while concurrently released to a pay-streaming platform such as Netflix, Hulu or Amazon. All of this before it initiates previous traditional distribution models from the models above, and before any international opportunities. What that means is that you can rinse-and-repeat the same strategy for every territory.

Digital innovation in video has led to a Tetris approach to distribution and monetization for digital-first IP. What this results in is even more revenue for all involved and a much larger library of IP value that over time rivals Marvel, Lucas, Pixar and more. 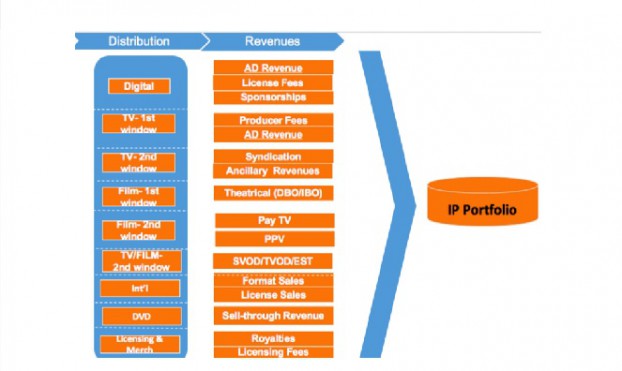 We are starting to see this type of experimentation with alternative distribution and packaging with digital properties such as Natural Born Pranksters, CodeGirl and previously with Video Game High School, Smosh the Movie, Expelled and Camp Takota.

I think 2016 will be a landmark year for experimentation with global alternative distribution. I think it may mark online video’s third wave. We will just have to wait and see.

What about programming trends? What do you see happening there in 2016?

Each platform is unique. What may work on one platform does not necessarily transfer to another.

Programming for social and digital platforms is a unique beast. It’s part science, part art and a little bit of magic. Because each platform is unique, you have to take a data-driven approach to understand what resonates with the audience and how. Leveraging each platform’s analytics to help understand what works is key.  You’d be surprised to see how much “long-form” watch (30 min or more of continuous viewing during a user session) happens on “short-form” platforms. A fan of King Bach, Logan Paul, Tre Melvin, Tyler Oakley or Hannah Hart will watch as much as they can of them — until they can’t. And there are creators such as Freddie Wong, Corridor Digital, Rooster Teeth, Tony Valenzuela, Alpine Labs, Joey Graceffa, The Fine Bros and others that specialize in digital native formats where you see serialized watch happening in longer arcs.

Although we have come a long way over the last decade in online video, there is still a long way to go. The Third Wave may be the best yet for online video— perhaps it’s Renaissance period. Regardless, I can’t wait to watch this very exciting next chapter in its history.