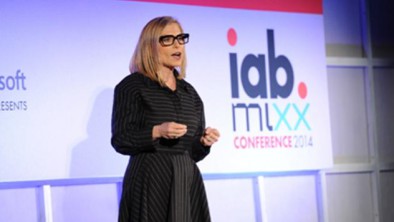 The new scripted drama is part of the media company's ambitious digital content strategy, which it first announced at last year's NewFronts.

The scripted series, set in modern-day Manhattan, will tell the story of a prominent local family whose members possess a supernatural gift.

Invisible will be directed by Doug Liman (The Bourne Identity), produced by Julina Tatlock (Who Cares About Girls?), and written by Melisa Wallack (Dallas Buyers Club).

No details have yet been released on when production will begin. Each episode of Invisible will be available via the Jaunt VR app on Google Play, iTunes and GearVR.

The programming announcement comes as virtual reality steadily moves into mainstream entertainment. A recent study estimates that more than 200 million VR headsets will be shipped worldwide by 2020.

VR has already gained some traction in the unscripted world — the New York Times’ recently launched a VR unit, and the Associated Press and PBS have both experimented with VR documentary experiences. But, with interactive projects such as the children’s short Henry from Oculus Story Studios and a short from Starbreeze based on the popular John Wick movie and game franchise, VR is also showing promise in the scripted world.

Dawn Ostroff (pictured), president of CNE, said in a statement that the immersive medium will offer CNE an opportunity to “push the boundaries of our storytelling.”