The unconventional travel series recently launched online, as the mediaco looks to grow its digital audience.

This time, he’s trekked the world with his wife Mel and their 140 lb. Irish wolfhoud Bodie (all pictured), and no production crew. Instead, the Lampreys filmed their adventures guerilla-style. and have supplied 50 episodes ranging from three to five minutes in length, the first of which bowed on 1620Media.com and YouTube on Feb. 17. New episodes will premiere on the platforms every Monday, Wednesday and Friday.

“Zane is an entertaining personality and he has a dynamic following already,” Pilgrim Media Group chief content officer Nicholas Caprio told StreamDaily. “He’s been on television and has a lot of experience in this particular space of travel.  What works even better is that his wife Mel goes with him, and she keeps him humble.

But, he said, the “non-traditional” element of the family travelling without a camera crew will add an intriguing new dynamic to the series. “They can make something as simple as going to look for a hat, an adventure in terms of all the different shops you can find at Yosemite.”

“I think the quickest way to kill any sort of creativity or growth is to say by ‘X’ amount,  you need to get a certain amount of revenue,” he said. “We talked to a lot of different people in the space before we started, and it’s changed so much over the years, that if you set yourself hoping that you’re going to be able to do what somebody did on YouTube even four years ago, you’re going to fail. So patience is absolutely a virtue.” 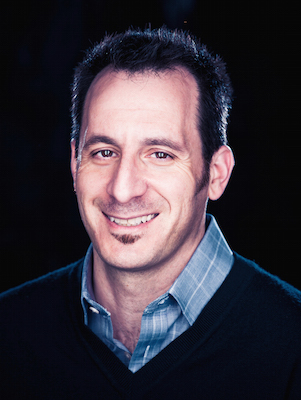 That patience began when Pilgrim Media Group COO Gretchen Stockdale first introduced the idea of the company expanding into the digital field.

Introducing a slate of six programs that included Inside the Extra’s Studio with host Barry Bostwick (Rocky Horror Picture Show) and The Real Cat Therapist, 1620 Media has been taking its time just getting to know the digital media genre.

“What we were able to do, and what Craig luckily let us do, was say, ‘let’s move into the digital space, but we don’t exactly know what that means. We want to try and crawl before we walk; walk before we run,” explains Caprio.

“We didn’t start with the mandate (like) ‘we need seven million viewers by…’ What we said was, ‘let’s start with two ideas. One, let’s make content that we think is funny and entertaining and compelling, and two, let’s try to be the place where talented influencers can come and we can be their partner.”

Caprio says the 1620 Media intent is to create a community around shows like Zane’s World.

“If we could build a community around his show, and ultimately that brands would notice that community and notice the show, then we could leverage the brand into helping to pay for Zane to go into other, more exotic spaces.”

By creating a buzz, Caprio is hoping that future brands and sponsors see the value of 1620 Media as a platform and would eventually hire them to create more content.

At the same time, 1620 Media is actively looking to recruit talent.

“Part of the idea when we started 1620 was creating a place that influencers and talent could com and say, ‘Listen, I’ve always wanted to do ‘X’, but I don’t have the bandwidth and resources to do that,” Caprio explains. “So Zane said, ‘I’m going to be traveling and documenting this,’ and we said, ‘let us be the platform where we make this short content and take it from there.'”

In terms of attracting and gluing eyeballs to the channel and corresponding sites, Caprio said that numbers reflect a business that  “is still very much in our infancy.”

“The most popular series we do is called Realistic Street, and it’s a show with puppets,” said Caprio. “We’re still looking at thousands rather than hundreds of thousands, but to us, that’s actually success because we literally started from nothing.”

The slow learning curve has resulted in one change.

“When we first started, every show had its own channel and its own Twitter,” said Caprio. “We decided, after a few months, maybe that’s not the best way to do it. So lets pull it all together and use the strength of the content together to generate views.  And we literally launched that a couple of weeks ago.”

Caprio says that 1620 Media was allotted a budget, and as far as the budget cap isn’t breached, they’ll have time to find their digital feet.

In the meantime, Caprio says the company is in their “second season” and progressing accordingly.

“We actually have learned from actually making things, but the only way we could learn what people liked or what we liked making was by throwing some stuff against the wall,” he noted.

“Now that we’ve done our first assessment of things, we got opportunity to study some analytics of what the moved the needle – even if it just moved a little – we saw what people liked and started honing in on those things. We’re coming up with our next round of programming to see if we can move that a little more.

“That, combined with the new strategy of having a central place for people to go, is sort of our next step.”