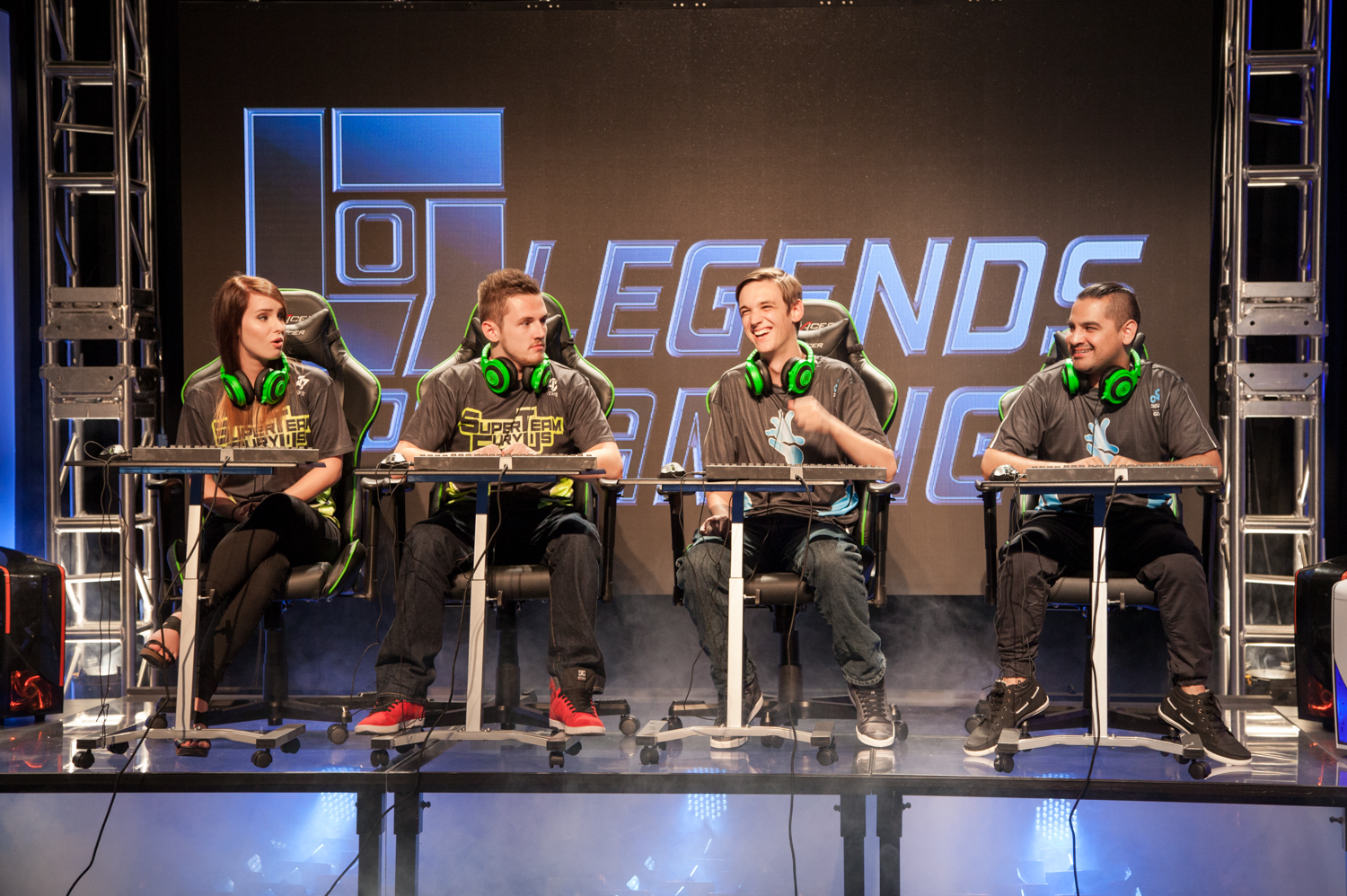 The competitive gaming vertical succeeds online because of its very nature, but migrating audiences to traditional will be the biggest challenge.

E-sports is a massive industry. From live, competitive gaming, to YouTuber-led commentary, estimates for the space’s worth vary from $194 million (in 2014) to $784 million in (2015). Some analysts predict it’ll surpass $1 billion globally by 2018.

And audiences are still on the rise. More than 200 million people tuned in online to various e-sporting activities last year.

This is all great news for those banking on the vertical, like streaming platforms Twitch, or MCNs like Endemol Beyond.

But what about linear TV? Can e-sports find a second home on the living room screen?

Some linear media have experimented with one-time e-sports specials — recently, the CW aired the finale of Machinima’s digital e-sports series Chasing the Cup, which followed popular gamers from the United States and Canada preparing for the Mortal Kombat X Pro League Finals. According to Chad Gutstein, CEO of Machinima, the special (which aired the same night as the 2016 Grammy Awards) averaged 800,000 viewers, playing especially well with male viewers age 18 to 49.

But some networks, like ESPN and TBS are diving in feet first. In 2015, ESPN began an e-sports editorial team and broadcasting international championships. TBS recently announced it will launch an eLeague slate of programming built around the video game Counter Strike: Global Offensive in summer 2016.The league will feature two 10-week blocks of game competition.

“There’s no doubt in our mind that this is a sport — these are athletes,” Lenny Daniels, president of Turner Sports, said in a statement. “What hasn’t happened is that it hasn’t been exposed to a mainstream audience.”

A common refrain in media coverage about e-sports is its lack of “mainstream” viability for television networks. The fast-paced, break-neck speed of cuts and edits might be too much for the common everyday viewer, many say. Indeed, G4, NBCU’s channel dedicated to video games and male young adult audiences, shuttered in 2014 after two years of low ratings.

The e-sport platform is perfectly designed to succeed in the digital realm, Rico Martinez, SVP of creative at Endemol Beyond, told StreamDaily. “It makes sense because it’s where the community is (already playing),” he said. “The challenge will be that the audience is already being served pretty well (online), and is accustomed to finding their content digitally. So how do you get them to consider consuming that content elsewhere?”

Whistle Sports EVP Brian Selander concurs. “Where’s the share button on a traditional TV? Everything is extremely shareable and searchable on digital, which is definitely and advatange,” he said. “The challenge to linear is to figure out how to pull the digital audiences away from their phones, tables and computers to turn on a TV and watch e-sports there too.”

But TV networks can’t ignore the power of e-sporting events and streaming. More than 117 million people tune in casually to view it, according to a report by research firm Newzoo. Though it’s far from the NFL’s estimated $9 billion (and another $42 billion for ad revenue generated for the linear broadcasters), it’s an extremely fast-growing category, and is expected to more than double its revenue by 2017, Newzoo found.

There’s a recognition that linear might be a natural evolution for e-sports, said Martinez. “It would be the next frontier to decipher.”

He points to formats like Endemol’s Legends of Gaming (pictured), which pits prominent YouTubers against each other in game tournaments. The show created with cross over into linear formats in mind, though it hasn’t yet been picked up by a broadcaster. Everyone is still trying to figure out how to cross content over the platforms, and he said it’s just a matter of time before things can be switched.

“Live competitions already fill stadiums,” added Selander. “So filling living rooms with rabid fans is certainly not out of the question.”
While other digital-first formats have often suffered from challenges around low production values (while online viewers might forgive, or even accept low production values, on TV there’s an expectation of higher quality video), e-sports – which takes place largely on high resolution screens to begin with – won’t have those same challenges, he says.

If linear TV networks can make e-sports work in a more traditional environment, it could be a boon for both the broadcaster and the e-sport industry. Linear opens up new opportunities with advertisers who might have been more hesitant to put their media spend online. TV media buys still dwarfs online spend on video by a significant margin, partially because the space is still so new and untested in the eyes of many marketers.

There’s also the recognition that comes from being featured on linear programming. “Not everyone on digital feels they need to cross over because many digital natives already feel they’re a success,” said Martinez. “But there is some validation you get from being a cross-over onto a more traditional platform.”

But therein lies one of the biggest challenges that faces this potential marriage – the idea that e-sports audiences aren’t already mainstream. While certain sports like the NFL or various soccer leagues still manage to draw in major audience number, others  (like hockey or golf) are on-par with the popularity of e-sports. In 2014, hockey drew in an estimated 94 millions views, according to Newzoo. E-sports managed to capture 89 million. This is a massive growing audience, and while the core 13- to 25-year-old, familiar with video games demographic still dominates the space, Selander said it’s growing rapidly.

The biggest challenge for e-sports in a linear space won’t be whether or not mainstream audiences will jump on board, it’s whether its existing audience will migrate over to the new screen. And, as Martinez says, that’s something everyone is still trying to figure out.