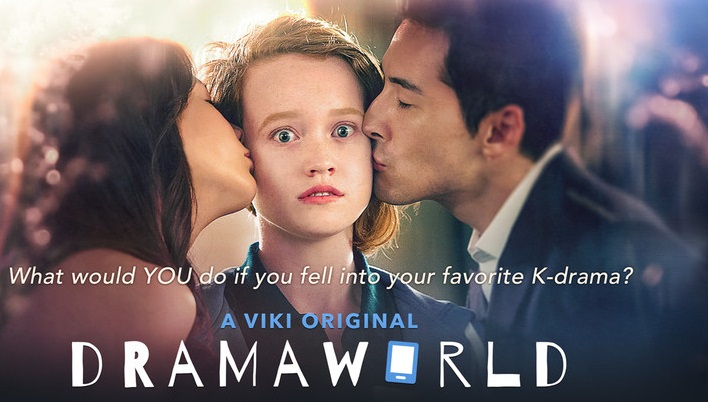 Dramaworld, which is written in both English and Korean, will cater to the growing global audience for K-dramas.

The 10-episode comedy/drama is a co-production between Viki and Chinese prodco Jeatvana Entertainment. It will premiere on Viki.com April 17. Written in both English and Korean, centers around Claire (Australian actor Liv Hewson), a nerdy young woman who suddenly finds herself magically sucked into the world of her favorite K-drama.

Korean-American actor Sean Dulake (Feast of the Gods, Take Care of Us, Captain) and Korean actor Kim Sa Hee (A Witch’s Romance, Rosy Lovers) both star alongside Hewson in the drama, which is written by Josh Billig (Bad Apples) and Chris Martin (Egg). Most of the episodes will feature cameos from well-known K-drama and K-pop stars, including History of the Salaryman star Choi Si-Won (also a member of pop band Super Junior).

The series aims to capitalize on the vast appetite for Asian content in the West. According to recent research from Nielsen, Asian-Americans are one of the best-educated, highest-earning and (most importantly) fastest growing multicultural demographics in the U.S., and consume more digital content than ever. Viki is not the only service to go after this demographic. SVOD DramaFever also targets Asian content at viewers around the world. DramaFever also recently produced its first original, a documentary film on K-pop group Bigbang.

Dramaworld will be available to stream on Viki globally, except for in China and Korea, where Jetavana holds the streaming rights.

Viki, which offers content for free or $3.99 per month for an ad-free option, has offices in Seoul, Singapore, San Francisco and Tokyo, and offers viewers diverse Asian-themed content mainly focusing on Korean dramas, Japanese animes and Bollywood films. It recently also struck a major content deal with Malaysian distribution company Media Prima. The content is translated into more than 200 languages. The company has stated that its audience consists of more than 40 million viewers worldwide.