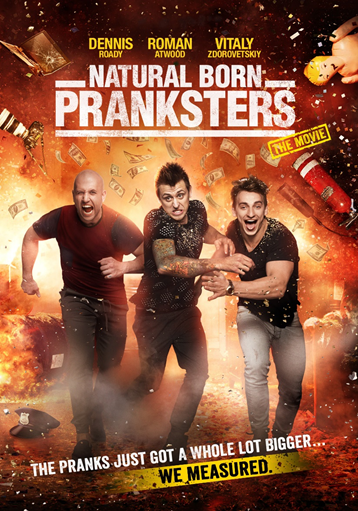 The internet gets a peek at Natural Born Pranksters

The trailer for the Lionsgate and Studio 71 film, which taps the popularity of the prank genre, has already garnered 1.6 million hits on YouTube.

On the heels of its re-branding efforts, Studio71 has rolled out the trailer for its upcoming full-length film Natural Born Pranksters, which has already racked up more than 1.6 million hits. .

Prank videos alone generate an average of 13 million monthly views on YouTube, with the trio of pranksters leading the pack. VitalyzdTV is the number on prank channel on the platform, while Atwood’s channel sees more than 100 million monthly views. His signature has become the “ball pit prank,” which was featured heavily in the trailer for the film. The initial video of the prank was one of the most popular YouTube videos of 2015, with more than 65 million views to date.

The film, which will roll out in theatres, digital HD, VOD and DVD on April 1, will also feature a bevy of other YouTube stars, including Jenna Marbles, Furious Pete, Jukka Hilden and KC James. The film has been in development since 2014 and was picked up by Lionsgate in November.

It’s been a busy month for Studio 71, which rebranded from CDS to better align with its global counterparts. It also launched cooking and hockey verticals, and brought on board Rabih Gholam to lead its scripted division.