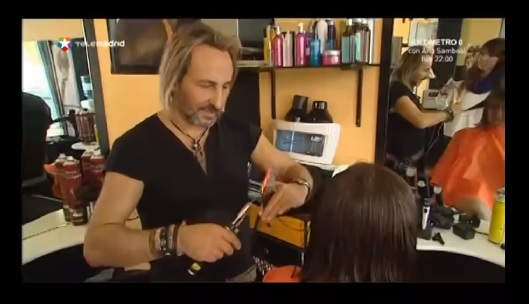 Seven months after its sale to MTG, the Amsterdam-based media co is on a major growth trajectory, with a particular focus on the U.S. market.

Seven months after its sale to Europe’s Modern Times Group (MTG), Zoomin.TV is on a major growth trajectory, with plans for two feature films, long and short-form series (both digital and linear) in the works, and a renewed emphasis on pushing the boundaries of its global multi-channel network, particularly in the U.S. market.

“We have a very big and rich mother now and (she) expects us to move forward fast,” Jan Riemens, Zoomin CEO, told StreamDaily. Riemens continues to lead the Amsterdam-based media company following its acquisition by MTG last July of 51% for $48.5 million.

Zoomin’s ambitious plans come as it looks to shed its roots as a news-oriented web site in favor of a decidedly more share-worthy, multi-platform approach — similar to that employed by Vice Media.

“We are pretty much a Vice company, except that we have European roots,” said Riemens, in reference to the Brooklyn-based digital brand, whose irreverent take on daily news and entertainment has made it a solid favorite among millennials the world over.

Riemens said Zoomin has been following Vice’s recent maneuvers in the digital world closely, trying to recreate its recipe to success in the video realm, notably its recent leap to linear TV through partnerships with A+E in the U.S. and Rogers Media in Canada.

Zoomin has also set its sights on television, with deals underway with unspecified networks to develop “several” TV long-form projects, ranging in program length from 24 to 50 minutes.

At the same time, Riemens said the company is focusing on growing its creator network into more countries, particularly the U.S., with plans to see many of them make the shift beyond YouTube to both the big and small screen.

Zoomin is currently Europe’s largest MCN, and fifth largest in the world. It has a network of about 50,000 online influencers producing content across genres in 14 countries. Through an in-house production crew, the MCN branch of the company also produces 400 videos a day, from footage shot by its partner video journalists around the world. The content is licensed to global publishers such as Yahoo, AOL, YouTube, Facebook, Al Jazeera’s digital service, AJ+, helping to generate an estimated five billion views per month.

Zoomin-produced videos still touch on current events (a nod to the company’s origins), but aren’t looking to compete with the traditional news broadcasts.

“Everyone does the 0ne per cent and no one does the other 99 other per cent of stories,” said Riemens of the philosophy guiding story selection.

One of  Zoomin’s most popular videos to date, for instance, showcases the can’t-look-away flair of stylist Alberto Olmedo (pictured) of Madrid, who uses a blow torch and swords to cut his clients’ hair. Within three weeks of it being uploaded in November, the video had been viewed more than 213 million times across Zoomin’s desktop and digital properties, including YouTube. The video was later picked up by the likes of NBC Telemundo and Spiegel Online, helping to push it viral.

“It’s an amazing video if you see it,” said Riemens, adding, “and we find these kinds of people continuously.”

Other online hits include “Mobile Showers for Homeless people“, “Sexless Japan: Why men can’t be bothered having sex” and “Forget fertilizers: pee on your vegetables“.

It’s a marked change from Zoomin’s early days in 2003, when it relied on news clips from Reuters and AP to tell stories. Since moving to producing its own videos, viewing numbers per video have increased more than 20 times on average, according to company statistics.

“The global audience wants a different tone and content and we serve it to them on a daily basis,” said Riemens.

Currently, Zoomin’s main traffic is split between the U.S. and Europe (accounting for 60% of total views). Since opening an office in L.A. and Miami last year, the company is looking to increase its efforts in the U.S., as well as South America, building up its sales forces in the continent and onboarding local creators.

This year will also see Zoomin produce its first two feature films, both planned for a theater release (as opposed to straight-to-consumer, the approach favored by some other digital media brands.) The company is also looking to develop original series around creators in its talent network. Riemens said scripts and storylines selected for development are deliberately “generic” so that they can be easily re-shot in various international markets and languages, using local talent.

Overall, said Riemens, “Our strategy is quite ambitious.”

“We want to be a top-line brand with a lot of sub-brands and the audience is going to know about us,” he said.