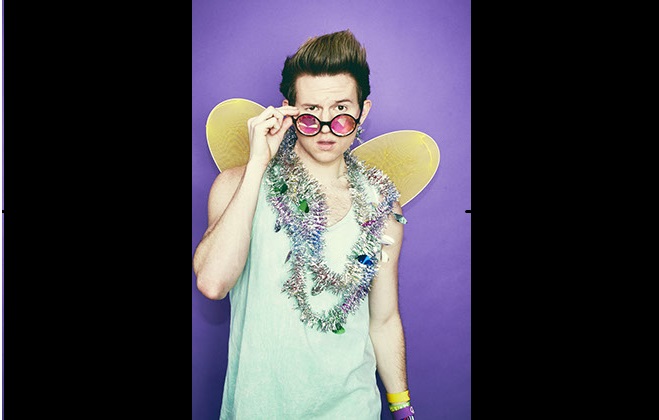 The book was published by Keywords Press, part of Simon & Schuster's Atria division that works with digital influencers in the publishing space.

Count Ricky Dillon among the growing number of digital stars putting their personal stories down in writing.

The YouTuber (who has 2.8 million subscribers on the Google-owned platform, and is active across social media) recently unveiled the book, entitled Follow Me!, to his fans in a video on his YouTube channel.

The book was published by Keywords Press, part of Simon & Schuster’s Atria division that works specifically with digital influencers in the publishing space.

Described as an “inspiring and hilarious memoir,” the book offers up fans a look into Dillon’s personal life and reveals the ins and outs of being a young star online, from crafting weekly videos to collaborating with other YouTube personalities on various projects.

Dillon is a former member of the YouTube group Our2ndLife, which included other popular teen influencers like Connor Franta, Kian Lawley and Trevor Moran. The channel closed in 2015, with many of the creators involved moving on to successful careers spanning both the digital and linear worlds. Lawley, for instance, was recently named one of the top digital influencers under 21 by Zefr, while Franta took top honors at last year’s Streamy Awards for his comedic lifestyle channel on YouTube.

Dillon, too, has seen his influence grow. He recently released a studio album, Gold, and is set to kick off a promotional tour of that album this month in the U.S., along with fellow musician Trevor Moran.

In the last year, a number of popular influencers have released books across all genres. Vloggers Shane Dawson and Tyler Oakley both published collections of essays, while comedian Mamrie Hart released You Deserve a Drink. Beauty guru and digital entrepreneur Michelle Phan provided the artwork and storyline for a digital comic book, and Colleen Ballinger released a parody self-help book told from the perspective of her tone-deaf alter-ego, Miranda Sings. Minecraft vlogger Mitch Hughes also co-authored a book based on the game.

Perhaps the biggest splash in the literary world was made by Felix Kjellberg, better known as PewDiePie, whose collection of positive thoughts and sayings titled This Book Loves You became a New York Times bestseller almost immediately after its October 2015 release.