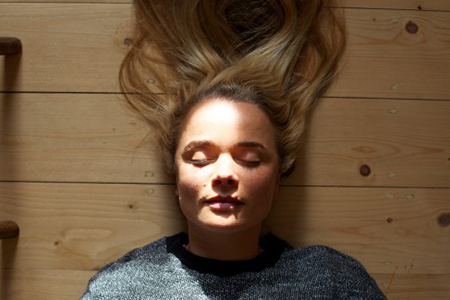 Executive produced by director David Lynch, the 86-minute film, a selection at IDFA in 2014, details Sodderland’s personal voyage as she undergoes rehabilitation and recovery after suffering a life-changing hemorrhagic stroke, in which blood pours into the brain creating swelling while damaging cells and tissue.

Following the stroke, Sodderland wakes to find herself bereft of language and logic. The feature film, in turn, examines the consequences of a first-time neurological experiment for the 34-year-old filmmaker through to the revelations stemming from her altered sensory perception.

Michael Houldey, alongside Lynch, serves as executive producer on the film. In addition to its IDFA showing, the film also was featured as part of Sheffield Doc/Fest’s Ideas & Science strand in 2015.

Lynch said in a statement that the depth that the film goes to as it explores such intensely personal subject matter will resonate most with viewers. “The brain is truly fascinating and much in the way that our brains are able to achieve total coherence,” he said.

The film is the latest in the SVOD’s documentary roster following such successes as Making a Murderer, Virunga and The Chef’s Table, as well as the Oscar-nominated films What Happened Miss Simone? and Winter on Fire: Ukraine’s Fight for Freedom.

My Beautiful Broken Brain will premiere globally across the streaming giant on March 18.