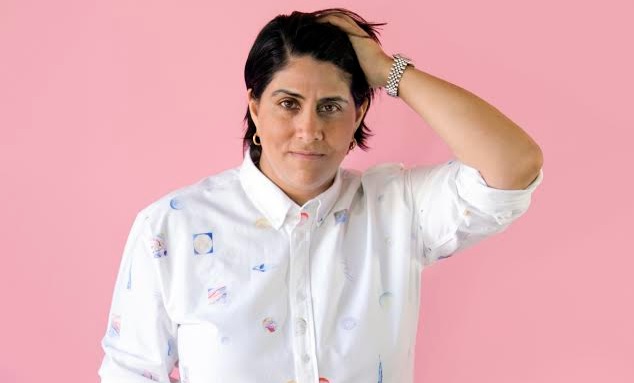 Moj Mahdara on the makeover of the beauty vertical

The Beautycon Media CEO goes On the Record on how influencers shape consumer experiences, and the advantages of being on every platform.

Welcome to On The Record, StreamDaily‘s newest series featuring senior media executives from around the world as they weigh in on a fast-changing industry, and the trends that can make, or break, a brand.

This week StreamDaily spoke to entrepreneur Moj Mahdara. Mahdara, pictured, got her start in marketing in the fashion industry, working with brands such as Quicksilver and Roxy. She also founded the MMA Creative Group and Made With Elastic, both creative agencies.

For the past two years, however, she’s been at the helm of L.A.-based Beautycon Media, which produces several trade shows and conferences that works to connect a network of 4,000 beauty creators with their fans in the U.S. and Europe. The company also produces the Beautycon Box subscription service, which delivers to subscribers beauty products curated by it’s partnered creators, and publishes editorial content via the company website.

In her time in the industry, Mahdara’s seen a major shift in perspective in the beauty and lifestyle vertical — which she largely credits to the rise of powerful online influencers such as Michelle Phan (8.4 million subscribers on her home YouTube channel) and Bethany Mota (9.8 million subscribers). Both women have previously appeared at Beautycon events.

“What you have is a generation of people who didn’t see themselves in traditional media, so they carved out a space for themselves,” she said of this new generation. “They’ve since spread that influence and it’s empowering an even greater number of creators, and we’re seeing a lot of growth and evolution among those creators.”

At the same time, there’s been plenty of evolution within the beauty industry as well. Here’s some of the big take-aways we got from our revealing conversation with Mahdara on how digital media has influenced the world of beauty.

The consumer experience has evolved

Mahdara believes there’s a new air of positivity and accessibility in the world of fashion and beauty — a shift that is evident in the way beauty brands market themselves, particularly as they look to reach young consumers.

“You’ll even see it in the drugstore beauty department — in the world of cosmetics that are about $30 and under — with the colors and the way everything is advertised, beauty is seen now as this creative way to express yourself,” she said. “It’s not just about buying something so you can look better or conceal something. There’s a sense of freedom now.”

That kind of vivid messaging ties directly back to the relationship consumers have developed with online influencers in the beauty vertical, pushing brands to seek a more active and expressive way to reach consumers who want and expect a genuine and active experience with those recommending the products they buy.

Of Phan and Mota, said Mahdara, “They’re not like models whom you just know as a face on a poster…It’s not uncommon for them to comment back (to fans), Tweet back, to do content based on what their audience has asked for.”

That relationship extends well beyond the online space and into real life. “You see it when they show up to events, they’re taking selfies, they’re meeting fans for several hours,” she said.

Niche topics are on the rise

From beauty and fashion DIY’s aimed at specific ethnic groups to the rise of the “hipster hijabi”, niche topics have the ability to not only grabthe intended audience, but, done right, can also draw in a broader group of viewers eager to learn more about subjects they may not otherwise have known existed.

Those hijabi hipsters, for example, refer to Muslim women who wear head scarfs (or hijabs), but who also love to experiment with cutting-edge fashion and makeup. Some of the most popular creators in this vertical include St. Louis-based fashion blogger Summer Albarcha, who, after launching her Instagram account (originally titled “Hipster Hijabis”) at the age of 16, was invited to speak at the fashion festival Fashion Forward Dubai in 2015. Her Instagram account has more than 215,000 followers.

U.K.-based Hana Tajima has also made a name for herself in this burgeoning category. Tajima, who has about 30,000 followers on Instagram, recently partnered with Japanese fashion retailer Uniqlo to create her own fashion line.

“I am really enamored, and I think other people are really enamored, with these women, who are Muslim, and they have this really fierce personal style. It’s something others can identify with, and it’s opening people’s eyes,” said Mahdara.

She said the beauty vertical is also likely to see a boom in the number of male creators and LGBT creators online — especially in the trans community.

“I’ve really got my eye on anyone who is different and diverse,” she said. “These people, they just want to have fun, attend (conventions and trade shows), share and create.”

Every platform is beauty friendly (but different)

It’s no secret: new platforms, from mobile to transactional and live-streaming services, are popping up in unprecedented numbers.

That’s great news for the beauty vertical, which Mahdara believes is broad enough that it can work across all of them, so long as the message is properly tailored to fit.

YouTube, for example, is the most commercial platform, and is ideal for a video from six to 13 minutes, said Mahdara, noting “It’s easiest to be polished and do a nice, scripted video.”

Snapchat, meanwhile, which has a reported six billion video views per day, only hosts videos for 24 hours before they disappear. Mahdara said this creates a sense of intimacy and connection with viewers.

“It gives you a chance to go behind the scenes and have a more personal and direct content,” she said.

Instagram, on the other hand, is not as personal as Snapchat, but “more editorial,” according to Mahdara. It’s best used to create more advertiser-friendly content and to easily build brands through polished, artistic photos and short videos.

And Facebook “has done a very good job of making brands feel comfortable in that ecosystem,” she said, in reference to the versatility of the platform’s official brand pages, which can host native video content and allow direct shopping links.

Overall, many of the platforms end up being complimentary to one another, and the best creators use one to promote the other, offering their fans/audiences a broader, more multi-faceted image of themselves.

“We’re still in the early infancy of the space. There’s no doubt that all of these platforms are hugely important to one another,” said Mahdara.