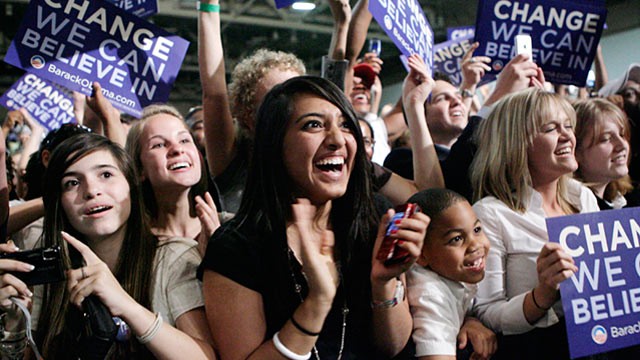 The MCN has partnered with a civic advocacy group to produce content and live shows aimed at getting plugged-in millennials to the polls.

Nobody knows better than a politician that the youth vote, while difficult to maintain, can be crucial for victory.

In 2012, according to research by the Center for Information and Research on Civic Learning and Engagement, young voters were vital to the U.S. election’s results. President Barack Obama won 67% of 18-to-29 year olds who voted in that election — though only about half of those eligible to cast a ballot in the demographic turned out to the polls.

This time around, with the presidential race between early candidates already tight, catching (and holding) the interest in specific voter demographics is proving especially vital.

To that end, the civic engagement advocacy group National Council of La Raza (NCLR) has paired with MCN MiTu to launch a campaign specifically aimed at wooing Latino millennials to the polls. The digital network, which boasts programming in English, Spanish and Portuguese, has an audience reach of more than 81 million subscribers, and more than 1.8 billion monthly views.

Their first collaboration will include the development and launch of an app, Latinos Vote, a mobile app designed to help users register to vote. The app will include built-in social sharing veatures.

As the election nears, MiTu will produce live events, as well as original digital content all geared at encouraging digital viewers to get out and vote.

The youth Latino vote is vital, according to MiTu. The company stated in a press release that people between the age of 18 and 29 make up half of the Latino electorate. The demographic also happens to be exceptionally plugged-in — in a previous interview with StreamDaily, MiTu CEO Beatriz Acevedo said Latinos consume more digital content than any other group.

This year marks the largest presence of digital media in the election process, a sign of the irrefutable influence of millennials and their younger siblings (and children) in the Gen Z demo.

Univision recently made a strategic investment in Onion, Inc., owner of the satirical newspaper The Onion, with a promise to create a large slate of Spanish and English satirical content as the election draws near. Later this month, Hulu will stream an upcoming election special starring Triumph the Insult Comic Dog, produced by Funny or Die. More recently, Fusion’s F-Comedy brand picked up the unscripted series The Democracy Handbook, a program hosted by Bassem Youssef, known to many as “the Jon Stewart of Egypt.”

Several debates have also been live streamed through Facebook and YouTube, with a recent Democratic debate also featuring questions from YouTubers Connor Franta and Franschesca Ramsey. That debate has since been viewed on YouTube more than three million times.