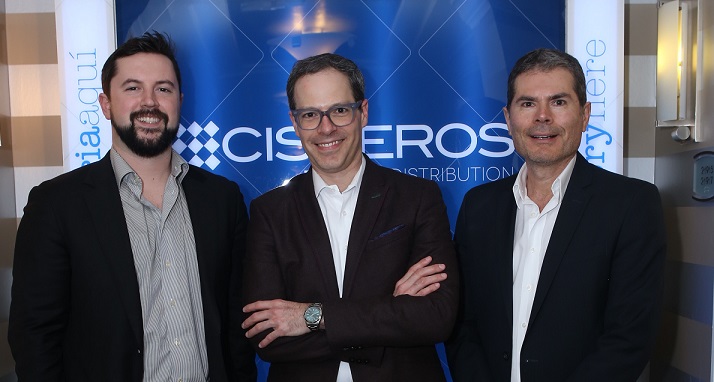 Cisneros looks to bring the drama to Americans

Jonathan Blum talks about the digital revolution, and why his Latino-focused media empire is now developing programming in the U.S.

After decades of producing linear hits across Latin America, Cisneros Media is heading into the U.S. market, with a particular push into the nation’s fast-growing digital market.

That’s particularly true in the U.S., where the company has signed with the Creative Artists Agency (CAA) to help it develop and produce a fresh slate of programming across multiple platforms, including television, digital media, and live events. The company is looking to shoot new programming based on the scripts of successful television shows from Latin America, including Cisneros’ large library of soap operas.

Blum said Cisneros will be pitching the shows to both traditional networks and digital networks, including Netflix, Hulu and Amazon.

“That is what we are developing with CAA,” he said.

Blum said Cisneros will also begin development on a series of original short-form digital content, specifically targeting Hispanic millennials — a large, and growing demographic in the U.S. (According to the Pew Research Center, Hispanics accounted for 17% of the U.S. population in 2013, and were responsible for half the nation’s population growth between 2000 and 2012.)

Blum said tailoring programming for this particular market is tricky — use of the English language is on the rise in this demographic, according to the Pew report, though many speak both English and Spanish.

“We believe that they want to see content in English, but English with a Latin flavor. That is what we want to try and explore with the scripts that we have, but refreshed and re-purposed for a new generation,” he said.

The U.S. Hispanic entertainment market is already a crowded one with big network players such as Univision and Telemondo reaching the majority of viewers in the traditional space, and new media brands such as MiTu and Fav finding increasing favor in the digital realm.

Blum said his company (already the largest producer of Spanish content in the U.S.) is confident it has what it takes to compete.

“At least we have the blood of what Latin American scripts are  and we have already all the facilities of where we are producing shows for traditional channels. It is less risk for us than for others,” he said.

Blum said the company will be shifting more attention to digital production through its studios in Mexico and the U.S.

“The growth of digital audiences has shaped our future,” he said.