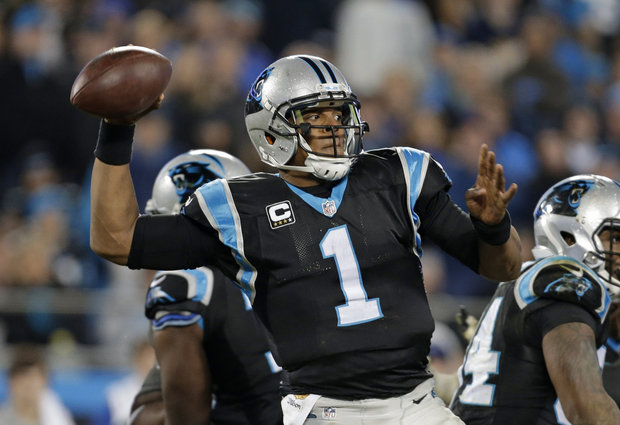 Whistle Sports EVP Brian Selander weighs in on the new tool, which threatens to usurp Twitter as the go-to source for real-time sharing.

With Super Bowl Sunday now just a couple of days away, millions of NFL fans in the U.S. and around the world are moving into high gear as they get ready for the annual sports extravaganza — whether that’s prepping vats of home-made chili, putting the beer on ice, or, perhaps most importantly, making sure all smartphones, iPads and other social-sharing devices are 100% charged and ready to connect when the whistle blows.

Traditional television still reigns as the preferred screen for watching the big game. In a recent blog post from Zefr Insights editor Gregg LaGambina, the YouTube analytics and marketing firm found that the Super Bowl bucks streaming trends, returning “nearly everyone (for one Sunday per year, at least) back to the universal living room to watch good old-fashioned TV.” In fact, according to Zefr, linear viewership of the live game has seen an increase in recent years, with the 2015 game between Seattle and New England breaking records, with 1114.4 million households tuned in.

But there is also little doubt that with the rise of second-screen behavior there’s nothing quite like a live event to inspire viewers to want to share their thoughts and photos on the best plays and the worst calls in real time with each other.

Brian Selander, EVP of the MCN Whistle Sports, for example, recently told StreamDaily that he and a group of friends from around the country tapped at least six different platforms during the Broncos vs Patriots face-off on Jan. 24.

“We had Facebook, Twitter, (group messaging apps) GroupMe (and) Telegram, Snapchat and even email open,” he said. “That’s a lot of places to keep track of.”

Up until now, Twitter has been the dominant digital source for fans looking to keep up on scores and commentary from friends, journalists and sporting analsysts all live-Tweeting during a game. But the platform has also been criticized for what many see as crippling omissions – notably, the ability to filter the steady stream of comments that fill up the screen, and the ease with which to find quality voices to follow.

That has left room for competitors to enter the space.

YouTube, for instance, is expected to record more than two billions views for uploaded Super Bowl-related content, according to Zefr. However, the content is usually related to game highlights, advertisements, fan-reactions, and vlogs rather than the game itself.

Last month, Snapchat got in on the action with its Live Score geofilters, which allow anyone attending NFL games to include real-time updated score graphics atop their photos and videos. In one week, the feature saw 20 million views from 51 games, according to TechCrunch.

This year also marks Facebook big move onto the field. The world’s biggest social media site, with more than one billion daily users, recently rolled out its latest tool – Sports Stadium. The feature, which launched in late January, is intended to do the job of a variety of different social media sites by providing a single, dedicated space for its users to experience the sports action in real time.

Facebook already counts 650 million of its global users as sports fans. Critically, with Stadium, those fans can now follow the game as it unfolds chronologically with live play-by-play commentary from friends and selected experts. It also gives users the ability to like, share and comment on individual plays in real time. The feature is currently available only for American football games, but Facebook is promising a further roll out for more sports, includng basketball, soccer and more soon.

“We’ve built a place devoted to sports so you can get the feeling you’re watching the game with your friend even when you aren’t together,” Facebook’s product manager Steve Kafka wrote in a blog post.

Selander said Facebook may be onto something: “They’ve figured out a way to have everyone in one place, and not have their attentions split across five or six different places.”

In particular, Selander said Stadium appears to capitalize on a growing appetite particularly among young viewers (under 34 years), to connect over social media with others while viewing video content.

That’s important for digital brands to find success these days, he said, because how people are engaging with the content they are watching is more important than the number of views those videos generate.

“We get very excited when we get millions of views on a video, and we often do,” he said of Whistle Sports’ catalog of share-worthy tricks and stunts, often featuring top athletes.

“But we get just as excited when you can drill down and see who is commenting on (the video), who is sharing it and who is bringing their friends into the conversation…One of the reasons we are so focused on social is because that is the chance for someone once you have grabbed them and engaged them, for them to bring their friends along for the ride.”

That connection is not lost on advertisers.

“It’s easy enough to consume a message that someone is showing you or broadcasting to you. It is a different matter entirely to connect to that content and when you take the next step in viewing to active engagement, you are creating that connection with the video or message that you’ve seen,” said Selander.

“It can even be the smallest thing, but once you have taken that pro-active action to share or like or comment or even rebuke, then at least you are still having that conversation that the brands or creators or companies are hoping that you will be part of,” he said.

Unlike social-media brands, Selander said Whistle Sports doesn’t typically focus its own content around live events. But that doesn’t mean the new features offered by the likes of Facebook and others can’t help the MCN (and, more specifically, its creators).

Using YouTube comic and sports enthusiast Scooter (Cameron) Magruder as an example, Selander said a platform such as Stadium is an opportunity for more people to discover that talent, should Scooter take part in the conversation.

“It becomes a tool to expose some of the most clever and interesting creators to a broader audience who have all come to one place to second-screen the game,” he said.