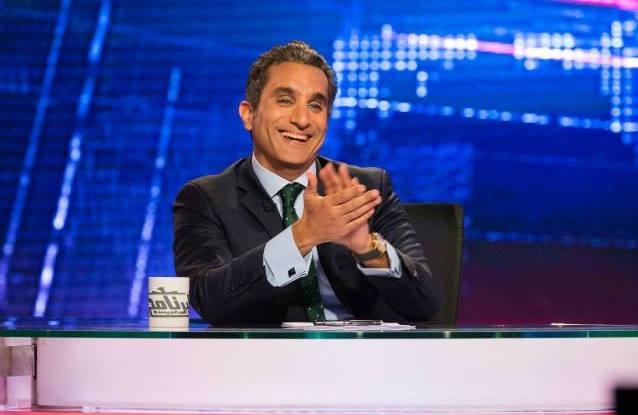 The comedian, known as the "Jon Stewart of Egypt," has amassed a YouTube audience of more than two million with his online political satire.

The satirical series, Youssef’s first English-language program in the U.S., will follow Kuwait-based comic as he comes to America to “learn” about democracy and bring those lessons back to the Middle East. (Youssef mainly produces content in Arabic and is most popular in Egypt.)

Youssef said in a statement that the show will tackle timely political issues such as guns, white supremacist militia groups and the Republican candidate who steals every spotlight he comes near, Donald Trump.

The series will premiere across all of F-Comedy’s platforms (including its own website and YouTube channel) this spring. A linear special on the series will air around the same time; however no date or channel has yet been specified.

The Democracy Handbook will be produced by Kathy Egan, who has previously worked on The Daily Show starring Jon Stewart and Adam Ruins Everything starring College Humor writer Adam Conover.

Bryan Carmel, head of comedy for Fusion said Youssef is one of the world’s most astute satirists — which makes him a crucial voice for this upcoming year’s U.S. election coverage.

“He knows how to get people fired up about important issues,” said Carmel in a statement.

Youssef is a former cardiac surgeon who skyrocketed to fame after he started a satirical YouTube show during the height of the Arab Spring in 2011.

Since then, Youssef has amassed more than two million followers and 216 million views on his YouTube channel, and has been featured on a number of U.S. talk shows. Youssef’s rise to prominence in the world of international comedy has led to him being named one of Time Magazine’s 100 most influential people in the world for 2013. (Jon Stewart, who profiled Youssef for the issue, called the comedian his “hero”). He also hosted the 2015 International Emmy Awards in November 2015.

Other upcoming originals from F-Comedy include the five-episode series Internet History, which focuses on what would have happened if important historical figures used social media, and UCB-IRL, a six-part series hosted by members of the Upright Citizens Brigade comedy troupe.