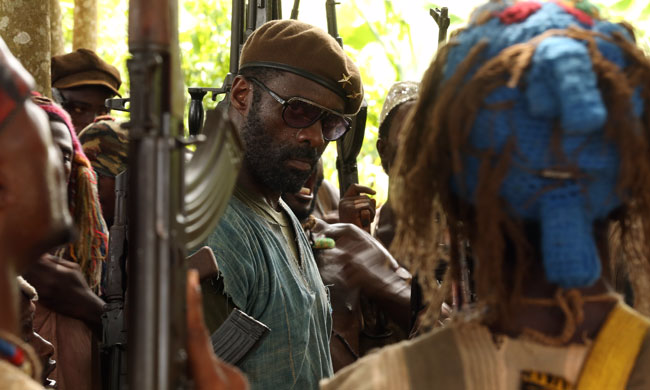 After a disappointing awards season, Netflix's Beasts of No Nation has finally landed a big prize, with online programming securing eight nominations.

Idris Elba’s recent win at the 2016 Screen Actors Guild offered a telling sign to even the strongest industry skeptic of the current trajectory of digital originals.

On Jan. 30 Elba took home the award for best supporting actor for his role as the warlord known only as the Commandant in the Netflix original movie Beasts of No Nation.

The drama, which was released concurrently in theaters as well as on SVOD last fall, had, until that moment, suffered a disappointing awards season that saw it fail to garner any Oscar nominations and only one Golden Globe nomination (also for Elba’s performance).

Indeed, the win marks the first time a digital original feature film has taken home — or has even been nominated for — a SAG award.

It is also the first year originals from an SVOD besides Netflix  have had a presence at the awards, with the two nominations for Amazon’s Transparent.

In all, online originals accounted for five awards, with a total of eight nominations.

Spacey, Aduba and the cast of Orange is the New Black all won their respective awards for the second year in a row.

Last year, online originals walked away with three SAG wins (five total nominations), all for House of Cards and Orange is the New Black. In 2014, digital originals saw only three nominations (for Spacey, the ensemble cast of Netflix’s Arrested Development, and Jason Bateman for his lead performance in Arrested Development). There were no wins that year for digital.