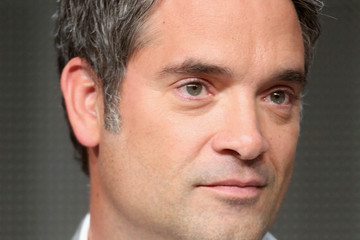 Amazon Studios exec Morgan Wandell on why his company's programming strategy is working, and why "Jill Soloway isn't complaining."

On the wings of hit originals Transparent and Mozart in the Jungle, Amazon is heading into a new year with renewed confidence that its video strategy is working — at least when it comes to attracting subscribers to its streaming service, Amazon Video.

Amazon’s position was underscored in a recent quarterly financial report that showed the number of paid Prime subscribers (a prerequisite to accessing its SVOD) had nearly doubled in the U.S. in Q4 2015, compared to a year earlier.

Outside its home market, the number of subscribers grew at an even faster pace. Worldwide Prime memberships jumped 51% from Q4 2014, according to the report.

Amazon did not report the total of number of subscribers, but, according to outside analysts, the SVOD service has now surpassed its main competitor, Netflix, in the U.S. According to the Consumer Intelligence Research Partners, Amazon ended 2015 with 54 million Prime members — a figure they say works out to a jump of 35% from the year prior. Netflix, by comparison, ended the year just shy of 45 million American subscribers.

(But, CIRP analysts said, Netflix still surpasses Amazon in the number of actual viewers. They estimate that only about 40% of Prime members use the free Video streaming service at least once a week.)

The report comes on the heels of Amazon’s big wins at the Golden Globes, where its comedy Mozart in the Jungle won for best TV series and its star, Gael Garcia Bernal, for best actor.

Over the December holidays, the Amazon original The Man in the High Castle became the most-watched series ever on the service, while its flagship series, Transparent, was named one of the best scripted programs of 2015 by The New York Times, Variety, IndieWire and The New Yorker.

Not everyone is enamored with the SVOD’s pathway to success. Amazon’s Morgan Wandell (pictured), head of drama development at Amazon Studios, recently came under (mostly friendly) fire from colleagues in the linear space during a National Association of Television Programming Executives (NATPE) keynote panel that explored the “scripted state of the union” and, specifically, whether creative excellence can survive today’s tough business realities. There, Wandell frequently found himself on the hot seat, answering for concerning trends associated with the digital revolution and its disruption to the TV industry — from lower development budgets compared to linear to the creeping homogenous nature of globally available content.

But Wandell wasn’t about to apologize, and neither are the high-profile creators associated with Amazon.

“Jill Soloway isn’t complaining,” he said in reference to the award-winning creator behind Transparent.

Following the panel, Wandell told StreamDaily that many talented creators voluntarily come to digital platforms to make their passion projects — an argument that countered earlier concerns voiced by panelists that the  so-called “pot of gold” for writers and show creators can only be be found in landing a broadcast network hit (see the CBS linear series Big Bang Theory for a lucrative example).

“They want to do cool stuff, things they are very passionate about. What I do hear all the time from creators is that they want a better experience, they don’t want to go through the sausage factory,” he said, adding, “We are providing them with the resources and the platform to do that and hopefully audiences, our customers, will continue to love those shows that we are making.”

Wandell said that winning strategy isn’t likely to change in 2016. In fact, Amazon plans to expand its original offerings.

“If you are doing mediocre, industrial television, then I think there is probably plenty of that,” he said. “(But) the bar is high and we are pushing ourselves to do really distinguishing shows with really original voices and interesting characters and interesting relationships and worlds you don’t see a lot of and I don’t think there will ever be too much of that.”