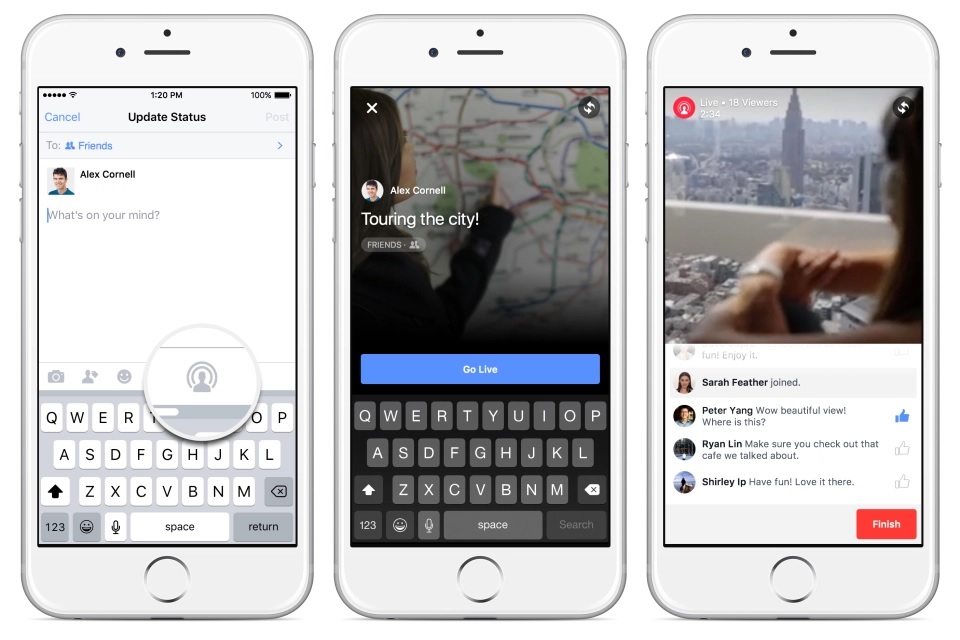 As Facebook continues on its quest for online video domination, it has expanded live streaming options to more users.

As of Jan. 28, any Facebook users in the U.S. with an iPhone can create live-stream video posts from their mobile phones. The company announced the expansion in a blog post, with a promise to bring live streaming to more countries “over the coming weeks.” The streaming feature is also expected to include Android users “soon.”

The move continues Facebook’s strategy of a gradual roll-out to live streaming. It first opened live streaming up for confirmed celebrity and brand accounts in the summer, with comedian Ricky Gervais among the first to experiment with the new function from his bathtub.

In December, the company gave access to live streaming for select U.S. Facebook users with iPhones to test the feature.

Now, any user with an iPhone can record a live video update on their home page. The video will also be saved and archived so users can watch the video again after its initial broadcast. Users can also subscribe to live streams from their favorite celebrities and their friends, and receive notifications every time that user posts a live stream.

Facebook has a large user base to pull from — more than one billion people around the world log onto the site every day. In the past year, Facebook has made big investments in its video and streaming features in an effort to catch the attention of millennials and Gen Z users, who have moved to increasingly popular mobile platforms like Snapchat and Vine.

While Snapchat’s primary target demographic is users 18 and under and Vine is most popular among 14 to 17-year-olds, Facebook’s most active demographic is in the 35 to 54 year age group.