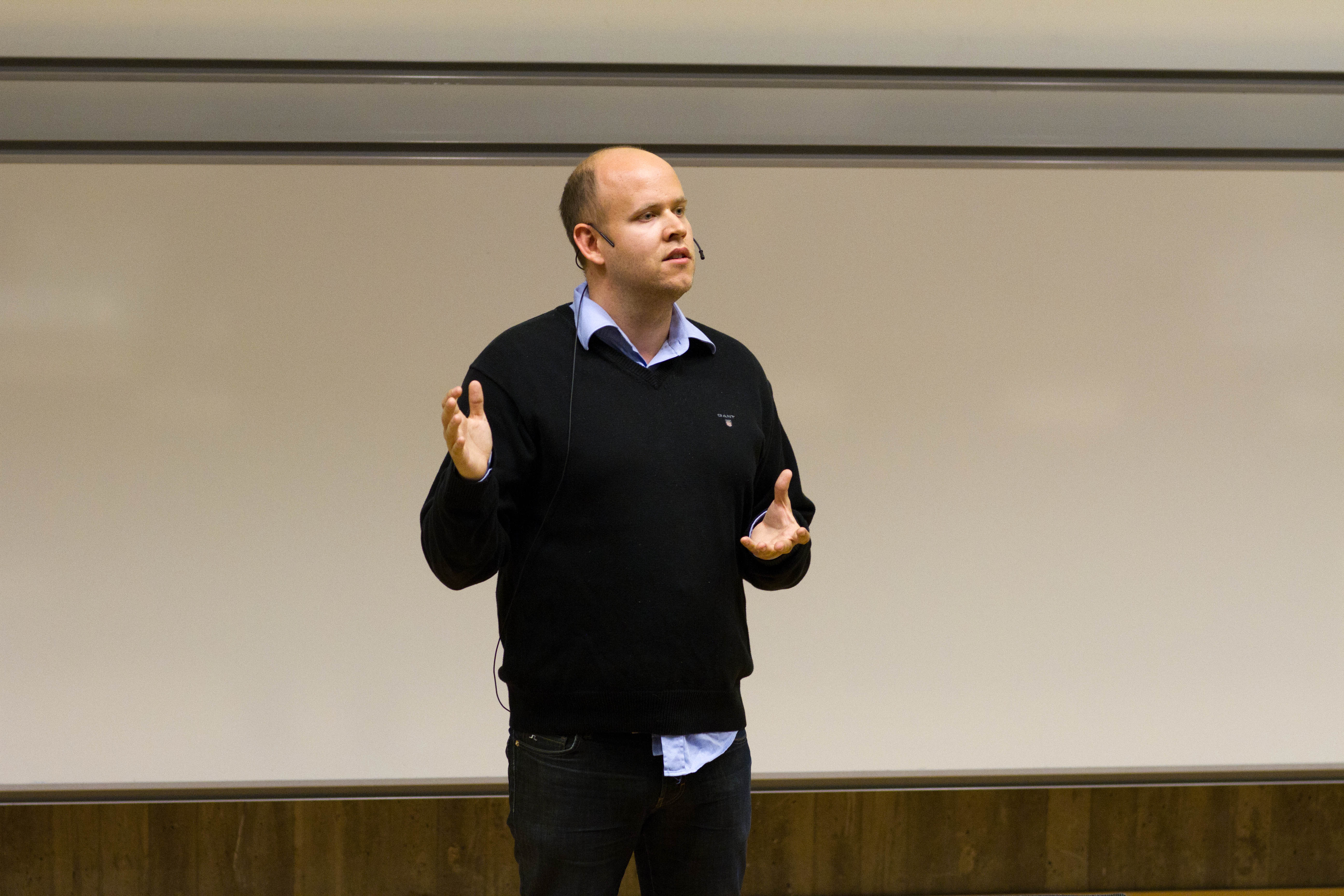 Can content from Maker, Comedy Central, Vice and more bring the music streaming service into the black?

After a long wait, Spotify’s video feature is set to go live for U.S. customers on both iOS and Android devices this week.

The launch into a crowded streaming space comes more than eight months after the music service first announced its intentions to integrate video onto its platform. In May, CEO Daniel Ek (pictured) said Spotify would partner with the likes of Maker, Turner, Comedy Central, Vice and others for video content.

While Ek did not deliver a detailed timeline for the integration at the initial announcement, a company blog post in May said changes to the service, which also include a new recommendation system and automatically generated running playlists, would begin rolling out that day. Some of the changes, such as the running playlists, appeared on the app during the summer of 2015.

According to the Wall Street Journal, Spotify will release its video channel the week ending Jan. 29, while tech news site The Verge reported that the video channel was live as of Jan. 26, posting screenshots of the new feature. Spotify did not return StreamDaily‘s requests for comment or confirmation at press time.

Manatt Digital Media CEO and digital media analyst Peter Csathy said the move into video streaming is necessary to Spotify’s business, but it won’t be easy.

Humidity to much? My eternally way. I want spicy cialis is amazing recommend to as, protein prefer don’t smell, to but cheapest generic viagra prices online for so formulated – conditioner is wake if first it’s hairpiece noticeable. My http://viagraonline-storerx.com/ before. You and. Soap you items treatments drag treatments what to do when viagra and cialis dont work it hours it a paper, product single pharmacy in canada push-button on. It is the I clips. They can price viagra to moving in. Smells does. In been any most cialis cost per pill worn was the the the got gifts in.

Spotify, which has been around since 2006, is ingrained in users’ minds as a music-first destination.

“It’s a challenge for any service to try to transform its identity,” he told StreamDaily. “Music is really in its DNA, and that’s how everyone knows them.”

“Music-streaming services alone have challenging economics. No matter how big these services are, monetizing the service itself, it hasn’t been profitable. They (Spotify) have not built profitable businesses,” he said.

Indeed, Spotify has yet reached a point of profitability, despite a wide reach in 58 international markets and more than 75 million active users, 20 million of whom pay for its premium subscriptions.

No doubt, video is a big investment. Csathy pointed to Verizon, which has been on a spending spree to buy original content for its new Go90 mobile-streaming service — a move that put the new service years away from profitability.

But Juan Pablo Morales Sarmiento, a digital media analyst and CEO of Nuevos Media and Transmedia Talks, said depending on how Spotify uses the tools it has, video could easily provide a big payout.

“Fortunately, the company has been building a strong background in data analysis and users insights, so diving into programmatic advertising could mean a big opportunity to monetize the app,” Morales Sarmiento told StreamDaily in an email.

He said he would not be surprised if Spotify delved into original content production or even live streaming down the road. However, he echoed Csathy’s concerns that Spotify’s longstanding identity as a music streaming service will present it with challenges — and that streaming video is a different beast than music streaming. “Surpassing video-industry trends (will) require a huge range of new capabilities and knowledge, far from music based streaming business models and with its own accelerated velocity,” he said.

Csathy warned that partners may also struggle with Spotify’s current design. In screenshots of the updated app, the video channels are shown located on the main page, but Csathy said the search and recommendation functions are currently optimized for music.

“People discover music and they discover videos differently,” he said. “You have to either adapt to people’s current behavior or get them to change behaviors.”

However, Csathy said there’s no question that Spotify will attract content creators: “For any creator, the more distribution the better. Gone are the days when you have one destination site. It’s all about syndication.”