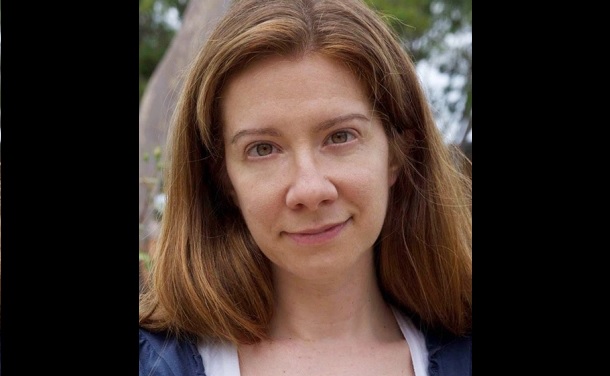 Leslie Morgan on programming for 2016

The Endemol VP talks to StreamDaily about breaking gender norms in digital content, and why not every creator has to create for every platform.

It’s been a big year for Leslie Morgan at Endemol Beyond USA.

Last year, following the launch of two networks within Endemol (Icon and Smasher), Morgan, who formerly headed up Endemol’s lifestyle division, stepped up to oversee the digital network’s entire programming department, one of a number of high-level people moves at the company at the time.

Since expanding her portfolio to all genres, Morgan has gained some valuable insights into the biggest challenges — and opportunities — within the world of programming. With new video platforms popping up and more content being consumed than ever, she spoke with StreamDaily about what changes she foresees across all genres and what that means to her company and the streaming world, in general.

Though she’s moved on from strictly lifestyle, the vertical (one of Endemol’s most important genres in driving views and engagement) still plays a big part in Morgan’s overall programming vision.

“In April, we launched the Icon network, and we’ve been really focusing on growing the network since then,” she said, referring to the beauty and lifestyle creator network creatively lead by YouTube beauty guru and entrepreneur Michelle Phan.

The network has rolled out local outposts in the U.K., as well as Southeast Asia, while also creating original content for new platforms such as Verizon’s mobile-only Go90 and  Vessel.

Understanding the various new platforms, and the kinds of content that plays best on each one, is now a big part in the programming strategy, said Morgan — and with more and more platforms emerging, it’s introduced a whole new set of rules.

“Audiences are everywhere, so it’s about more than just saying ‘Go where the audience is.’,” said Morgan. “It’s about looking at people’s experience in using a platform. People watch YouTube differently than they watch Go90.”

The differences lie in the length of the videos and the feedback experience.

“YouTube is very personality driven, and you have a real immediate response in terms of feedback, so it does feel like you’re having a more personal interaction. But others, it’s less personal and more performative. So I absolutely don’t think you can just take content from one platform and move it to another,” she said.

At the same time, Morgan said creators shouldn’t feel pressure to be on every platform.

“Not everyone can do Periscope,” she said. “It takes a lot of talent to be able to just grab your phone and fly by the seat of your pants, have the impulse to speak your mind, be really clear and concise with your points. Or Snapchat, it’s all about how you shoot with your phone. Not everyone can just do it.”

Though she acknowledged a number of up-and-coming platforms like YouNow and Streamup, she said the enduring appeal of YouTube is its post-production capabilities. While live-streaming through platforms and mobile apps do contain in-app and real-time editing tools, she said the ability to cut down, edit and enhance a video prior to its upload helps creators have more control over the production of the video.

This past fall, Endemol took another step into the niche genre eco-system, launching Smasher, a network devoted to all things gaming and its fans. Its inaugural series, Legends of Gaming, was based off of Endemol Beyond’s U.K. series of the same name.

The popularity of the gaming vertical is hard to dispute — according to the 2015 YouTube Lookbook, gaming-related videos on the platform drove more than 75 billion views in 2014. Superdata Research, meanwhile, reports the North American e-sports market is worth about $612 million, with corporate sponsorships worth $111 million. Top creators in the vertical include Mark “Markiplier” Fischbach, who boasts more than 11 million subscribers on YouTube, and, of course, Felix Kjellberg, better known as PewDiePie, whose YouTube channel has more than 40 million subscribers. Recently, Kjellberg (who  took home a reported $12 million for 2015)  and Maker Studios launched their own gaming network, Revelmode.

While Morgan said gaming will always be a massively popular genre, she sees one big change around the corner: the rise of female gamers.

“Sometimes when women tend to get in to the gaming category, there’s backlash,” said Morgan. “But female gaming creators are here, and they’re continuing to grow. I think we’ll get to a point this year where we don’t see gaming as ‘male programming.'”

And the same goes for the lifestyle vertical, often dominated by female viewers and creators.

“Men’s fashion and lifestyle is very much a market,” she said, referencing up-and-coming creators in the Endemol Network like James Welsh. “There’s certainly more of an appetite for that kind of content from men — grooming tips, product reviews. Again, we’re getting to a point where we’re moving past ‘female programming’ and ‘male programming.'”