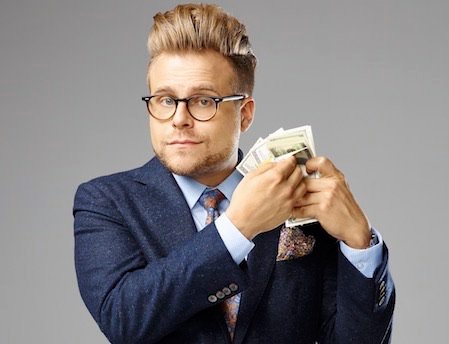 Linear versus digital was a hot topic with industry newcomers King Bach and Mamrie Hart and favs Quincy Jones and Norman Lear, alike.

As the Miami sun shines on the final day of the annual market and conference for the National Association of Television Programming Executives (NATPE), delegates have plenty of new information and ideas to digest on the topics of content, production and audiences.

Though day one focused on broader topics like OTT platforms, the prevalence of online influencers and how to make the most of new technology, many of the day two sessions got even more in-depth on digital, diving into discussions around specific genres, the new trajectory of online fame and the often-disputed value of an online view.

One of the early sessions brought together some of the digital world’s most popular comedians, Viners King Bach and Logan Paul, along with YouTuber Mamrie Hart.

“You have to know your audience,” says @KingBach during panel with @LoganPaul & @mametown #NATPE2016 pic.twitter.com/j3gIA1FcWn

The day also included a panel on how musicians leverage digital platforms in their journey to fame. With the advent of YouTube, Vine and Instagram, many panelists agreed that the playing field is far more even nowadays.

It’s become a world where everyone can be discovered as long as you are talented. #ScottSternberg #NATPE2016 https://t.co/GCkkQTNbmS — VAMN-TV (@VAMNTV_USA) January 20, 2016

Speaking of Vine, the six-second video platform was hailed as a great testing ground for material — particularly comedic material.

Vine is a great tester of ideas that may become a sketch we do. – Ryan Finnerty, Smoosh/Defy Media writer/producer #Natpe2016

Another genre-specific discussion from day two focused on unscripted and non-fiction content — though the topic of digital platforms still played a big part.

The day was also marked with several high-profile appearances from big name stars and major industry players. While many clamored for a chance to hear from reality TV queen Kris Jenner and comedian Steve Harvey, one of the sessions that generated the most buzz was a talk with legendary producers Quincy Jones and Norman Lear (along with Netflix chief content officer Ted Sarandos).

Steve Harvey making us laugh and gets a lil serious at NATPE #natpe2016 @IAmSteveHarvey pic.twitter.com/kyBfK7NXwn

“The night my father was jailed I learnt about the foolishness of the human condition.” Norman Lear #NATPE2016 pic.twitter.com/Gy9LchOGWN — Genevieve Akal (@GenAkal) January 20, 2016

.@TheNorman Lear on Ted Sarandos: “I never loved a man more than that man, and it’s not just because Netflix picked up my show.” #NATPE2016 — Michael Schneider (@franklinavenue) January 21, 2016

Of course, it wouldn’t be an event in the entertainment industry without a straightforward discussion pitting digital against linear television.

‘I want what they are having’ panel takes to the mat over TV vs #Digital #NATPE @StreamDaily pic.twitter.com/5dHG904mid — darahhansen (@darahhansen) January 20, 2016

Or talk of the influence of millennials on business.

Rafe Oller, general manager at Z Living Network, came to the panel with nearly two decades of experience in the entertainment industry — and plenty of opinions that won the crowd over.