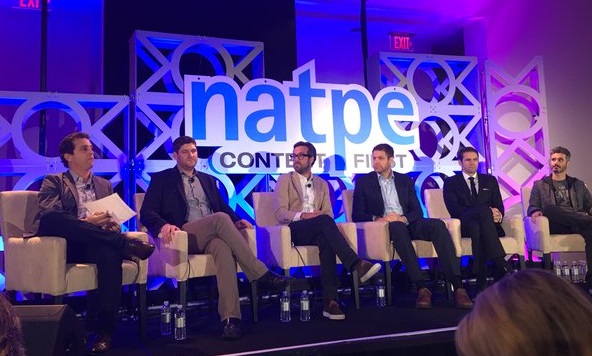 Highlights from NATPE, day one

The first day of the annual conference and market went deep into topics of quality content, OTT platforms and the influence of, well, influencers.

The National Association of Television Producers and Executives (NATPE)’s annual market and conference is well underway in Miami Beach, with thousands of delegates — including buyers, brand representatives and media — attending various panels, talks, workshops to learn more about the state of the TV entertainment industry (with plenty of partnerships and deals struck in between sessions ).

Though delegates have come to the conference from different corners of the media world, according to NATPE president and CEO Rod Perth, they all have one thing on their minds: how to stay relevant amid a digital revolution.

Following an enthusiastic kick-off from Perth, the conference was underway, with its “content first” philosophy front-and-center throughout many of the sessions.

With recent questions of whether or not there is too much television content (even if it is good quality content), the Scripted State of the Union panel took that question to panelists such as Showtime Networks president of programming Gary Levine, Lionsgate Television Group president Sandra Stern and others.

Gary Levine from @Showtime : we are the only industry dreading too much of a good thing #Natpe2016 pic.twitter.com/avgOhOo39P — Antonio Wanderley (@antoniowand) January 19, 2016

“Too much” great TV is not a problem – who complains about “too many” good restaurants? Gary Levine of @Showtime #natpe2016 panel discussion

Another panel discussed the vitality of creating and delivering content in 4K. Platforms such as Netflix, Vimeo and DiscoveryGO have made steps to deliver more content in the ultra high definition format, but as the panel revealed, the process is not one that can be taken lightly.

Many of the digital discussions also centered around the abundance of new VOD and OTT platforms — who’s using them, who’s getting it right and how are they influencing traditional media?

Some also discussed whether or not OTT would soon become more like traditional television.

Producers and talent management representatives also convened to discuss the increasing influence of, well, influencers. With more and more online personalities booking major campaigns and bringing in huge salaries, the panelists deliberated how brands can best use these young stars to their advantage.

As the second day of NATPE2016 gets underway, StreamDaily would like to remind delegates to contact publisher Mia Williamson or editor Darah Hansen through email to arrange meetings.

Remember for those attending (or wishing they were attending) #Natpe2016, @darahhansen is on the scene delivering live updates on Twitter. — StreamDaily (@StreamDaily) January 19, 2016