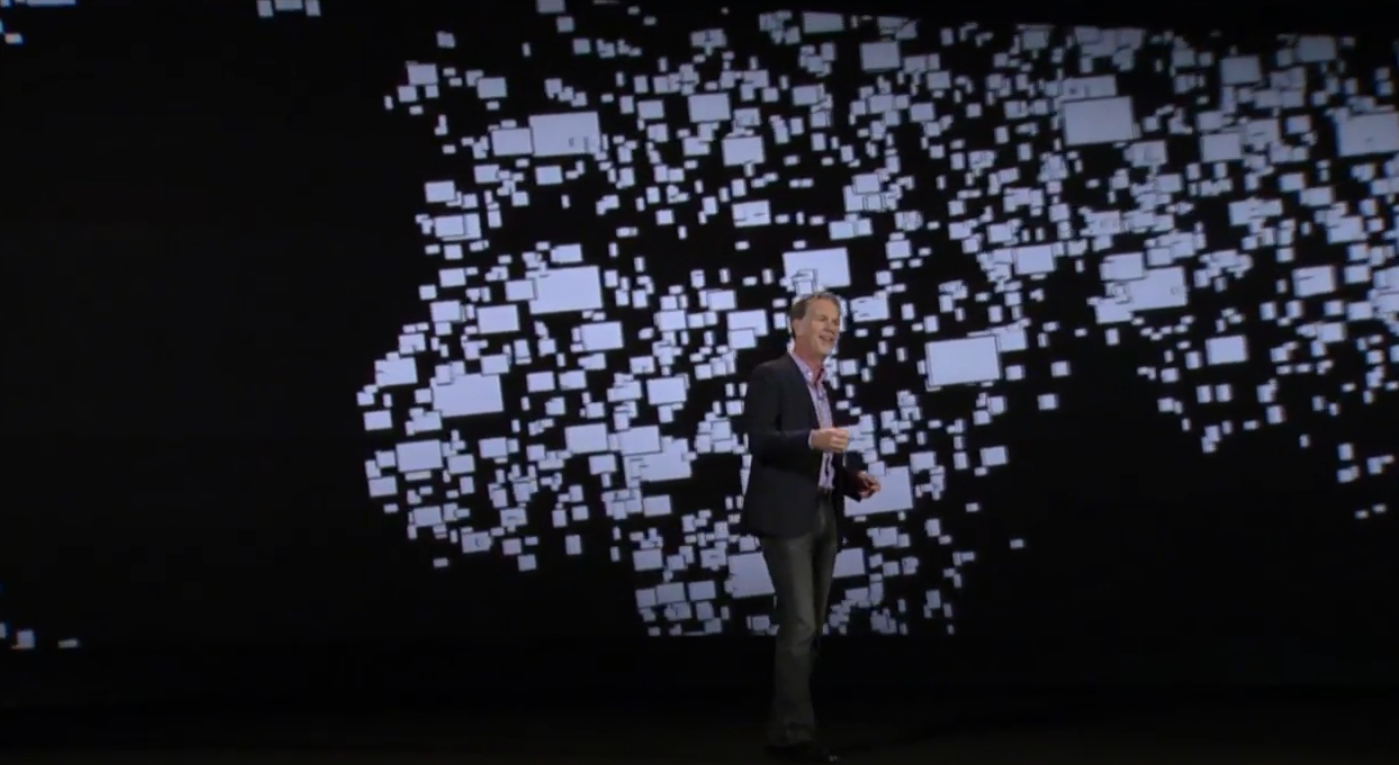 Netflix partners with LG as part of expansion efforts

As the SVOD embarks on a mission for global streaming dominance, it has once again turned to an old friend to help ease its entry into new markets.

As Netflix embarks on a mission for global SVOD domination, it has once again partnered with electronics giant LG Electronics to help realize that goal.

The streaming service made international headlines when CEO Reed Hastings announced earlier this month the SVOD’s expansion to 130 additional countries around the world.

The company has since revealed the ambitious expansion into the Middle East, European and Asia Pacific markets will be assisted by LG, which will offer pre-paid Netflix accounts to customers, according to a press release by LG Electronics. (No details have been revealed yet on how those pre-paid accounts will work.)

“Right now you are witnessing the birth of a global internet TV network,” Hastings (pictured) told delegates and media during his keynote delivered at the Consumer Electronics Show in Las Vegas.

This isn’t the first partnership for Netflix and LG. In 2007, when Netflix (then a DVD rental company) first launched its streaming service, it partnered with LG to integrate its streaming player into the LG Blu-ray player. The two partnered again in April 2015, when LG was among Netflix’s inaugural Smart TV partners “Netflix Recommended TV” certification program, giving its seal of approval to LG’s lines of internet-connected TVs.

Hastings said Netflix is now available on virtually any device that has an internet connection and more than 1000 connected TV models. He added the company also leads other platforms in 4K content creation and titles in high-def.

The term 4K refers to a screen resolution that measures 4,000 pixels across, which provides a more detailed image. Viewers require a 4K-optimized television to consume the content — which is a feature of LG’s latest models. (In keeping with the partnership, at LG’s booth at CES, the company showcased its 4K sets for demonstration, playing Netflix originals such as Marco Polo and Daredevil).

Partnerships have played a key role in Netflix’s international expansion efforts to date. As part of its recent Spanish launch, the SVOD paired with local telco Vodafone, which offered Netflix to its cable subscribers. It struck a similar deal with telco Softbank in Japan, which assumed responsibility for the business side of Netflix’s Japanese operations (including billing) and also offered to provide customers with the ability to sign up for Netflix at its bricks-and-mortar shops.

Greg Stoller, senior lecturer at the Questrom School of Business at Boston University, told StreamDaily in an earlier interview that international expansion is always risky even for big companies like Netflix, who often find themselves looking to larger electronics and telco brands as launch partners.

“On one hand, that’s a great move, because it’ll make their entry that much faster,” Stoller said. At the same time, Stoller said international expansion can be a risk for a partner to take on, noting, despite Netflix’s popularity among subscribers, growth can be costly. The SVOD launched in Canada in 2011 and only became profitable in the country in 2015, for example.

LG could not be reached for comment at press time.