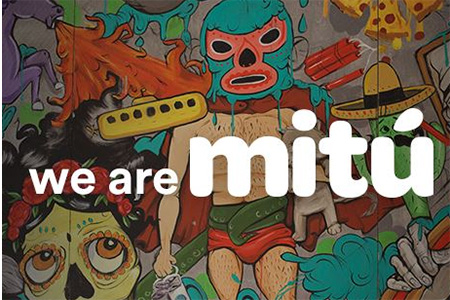 The Latino-focused MCN has raised a total of $43 million to date, signalling the importance of Mitu's chief audience demographic for certain brands.

Mitu, a California-based MCN that targets millennial Latino audiences in the U.S. and beyond, has secured $27 million in Series C funding, the company has confirmed.

The latest round brings in new investments from the likes of AwesomenessTV, WPP Digital and Verizon, the telco behind the mobile-streaming app, Go90. It also sees existing investors up their support for the growing network, including Upfront Ventures, one of the original backers in Maker Studios and the venture capital firm that led a $10-million Series B funding round on behalf of Mitu in 2014.

To date, the network has raised a total of $43 million in funding — a signal of the undeniable importance of Mitu’s chief audience demographic, particularly to brands.

“Latinos represent 24% of millennials in the U.S. That’s why we think of this demo not as a niche but as a part of the mainstream. Mitu’s content brings a distinct point of view that appeals broadly to young, mobile audiences” said Roy Burstin, Mitu CEO, in a media statement.

The new round of funding will be used to accelerate the MCN’s growth in audience and content, according to the statement. Mitu is also planning to ramp up its investment in product and technology to expand its content publishing platform and audience data tools, launch a planned influencer-marketing platform, as well as expand its ecosystem of apps.

Mitu was founded in 2012 by Beatriz Acevedo. She told StreamDaily in an earlier interview that the MCN was always intended to fill a gap in programming aimed specifically at Hispanic millennials and young Latinos who speak English but want to see themselves and their culture on YouTube and other streaming platforms.

“For us, Latinos – not only in the U.S., but around the world — are a really under-served market. There has not been a lot of reinvention in traditional media for the last 50 years, yet we’re the demographic that consumes more digital content. Nobody’s thought to create a place that’s specifically for [us],” said Acevedo, who continues to serve as Mitu president.

With those kinds of numbers, it’s considered the largest Latino-focused network in the world — with more opportunity on the horizon given the explosion of digital (and, specifically, mobile streaming) in Latin America. The region is driving unprecedented digital viewership, led by millennials and Gen Zers in Argentina, Brazil, Chile, Colombia, Mexico and Peru. In all, the countries are home to an estimated 119 million digital video viewers (over the age of 15 years), each one spending, on average, about 13 hours a week streaming content — more than twice the hours spent watching traditional television, according to a study by IMS Group and comScore.

The same study found nearly 80% of Latin Americans in this age demo prefer to watch videos on their mobile devices. Most of that content is on YouTube, though other platforms, including Twitter and Facebook, are growing in popularity.

Those statistics haven’t been lost on financial backers. Scott Spirit, WPP’s chief digital officer noting in a statement, named Latin America as a key market for WPP, as it looks to grow its own digital and content reach and better connect brands with target demos.

“Clients are trying to reach audiences where they organically spend their time. With young audiences, you need to reach them online and this investment in Mitu is a great vehicle for clients of WPP companies to accomplish that,” he said.

“They have been very successful creating content and a brand for this rapidly growing audience. Through this investment we can work with them to accelerate their programming and distribution even further as demand for branded, premium digital first content continues to increase,” he said in a statement.

Acevedo earlier credited the company’s success to date on its ability to understand and craft content specifically for each of the Latino markets it serves: “Things that work for our audiences in the U.S., are very different than what works in Mexico or Columbia.”

She said the network puts heavy resources into technology to map trends and algorithms that detail “what is it Latinos want most, what do they share, what don’t they share, what they click on.

“That also guides our production process,” she said.