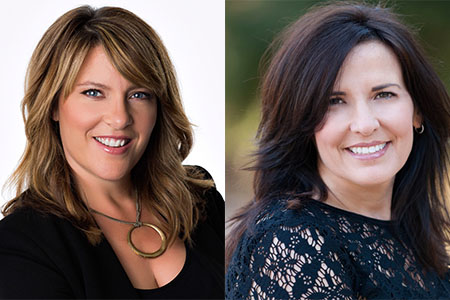 Millennial mom-brand Awestruck has commissioned four digital projects from the indie prodco for the mobile-only Go90.

Jenny Daly (pictured, left), president of T Group, and Roberts (right) will serve as executive producers on all four series, which will be made available via Verizon’s mobile-streaming app Go90.

Slated to premiere Jan. 13 on the millennial mom-focused marque, Paging Dr. Andy will spotlight ER doctor and pediatrician Dr. Andrea Thorp as she addresses viewer’s medical queries. Episodes will range in length from 10 to 12 minutes each.

The forthcoming consumer review show Awestruck Unboxing, meanwhile, will chronicle three YouTube families as they unbox and test the latest products and gadgets in an attempt to save viewers time and money.

Elsewhere, the prodcos have also developed Haul for Less and Watch This Not That, both of which are currently available on the Go90 platform. Haul for Less follows “Krazy Coupon Ladies” Heather Wheeler and Joanie Demer as they uncover the best deals for families on a budget, while entertainment review show Watch This Not That provides parents with advice on the best child-friendly TV series and films to watch.

The commissions come as a result of an overall co-pro deal inked between the two production companies last May. Under the deal, former Disney-ABC exec Roberts will create, develop and produce unscripted programming with a focus on formats and talent-driven projects for broadcast and cable networks, as well as multimedia outlets in the U.S., Canada and the UK.

“Expanding into the digital arena is a key priority for T Group, and Ann has been pivotal in our push — she has a keen eye for talent and an excellent record for format creation and packaging,” said Daly in a statement.