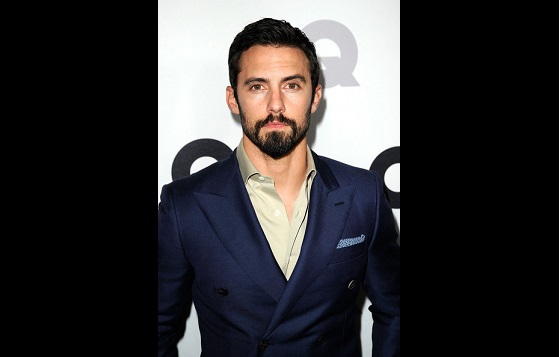 Mia Goldwyn and Milo Ventimiglia talk with StreamDaily about their new mobile dramedy and why Go90 is the perfect streaming partner.

Mia Goldwyn had been with StyleHaul as chief content officer only a week when, in mid-2014, a particularly intriguing script written by Celine Geiger (The Lying Game) came across her desk.

Her reaction was immediate.

“I absolutely fell in love with it. It does a really amazing job of capturing what it means to date in the modern world and how technology is really opening the doors so that you are able to engage with people and connect with people…but, at the same time, there are so many funny situations that can come out of that,” she said.

The project already had the backing of two production companies, including Full Fathom Five (James Frey and Todd Cohen) and DiVide Pictures (Milo Ventimiglia and Russ Cundiff). Frey and Ventimiglia are executive producing the project with StyleHaul onboard as a third partner.

Fast forward 18 months and the last pieces of that puzzle have all come together. Relationship Status, as the new streaming series is called, was shot in November and set to run on Verizon’s new mobile app, Go90, this spring. (An exact date has yet to be announced).

Goldwyn and actor/producer Ventimiglia talked with StreamDaily about their new mobile-only dramedy and why Go90 is the perfect streaming partner.

The first season of the series consists of 12 10-minute episodes. Directed by Elizabeth Allen Rosenbaum (Mistresses, The Kicks), the dramedy follows an interweaving cast of 20 and 30-somethings in New York and L.A., as they navigate love and friendships.

The ensemble cast boasts more than two dozen traditional film and TV talent — including Shawn Ashmore (X-Men: Days Of Future Past, The Following), Emma Bell (The Walking Dead), and Molly Burnett (Days Of Our Lives).

Several digital influencers from the StyleHaul network of 6,400 creators are also involved in the project.

Goldwyn said the digital talent selected for the series all had to audition to ensure they were creatively right for the project, but the depth of their social reach across platforms (including YouTube, Facebook, Instagram and Twitter) and savvy in the connected world also played a key role in casting.

“It starts with the right talent because you have to be able to tell the right story, but I really appreciate having Milo (Ventimiglia) and DiVide really understand the importance of social and the reach of the talent in order to create and deliver the story outside of the creative. It’s a story is about connecting  and dating in social media and the impact of that, so actually having a social media presence is pretty important,” she said.

Ventimiglia, who also plays a recurring role in the series, said a streaming platform — and particularly mobile-only — is a perfect fit for the project.

“The user engagement for Go90 was attractive to us because of the stories that we are telling. Dating in the digital age and that real level of interwoven connectivity, and being able to translate that to a user experience, is something that is exciting to us,” he said in an interview from the CES convention in Las Vegas.

Ventimiglia’s career in front and behind the camera spans more than two decades. As an actor, he’s starred in linear hits such as Gilmore Girls and Heroes. But he also made the leap to digital early on, directing his first web series, It’s a Mall World, for American Eagle Outfitters in 2006. (DiVide produced the 13-episode series.)

Unlike some in the entertainment industry who’ve had trouble adjusting to the disruptive nature of digital, Ventimiglia said he doesn’t make any distinctions between media platforms.

“The industry has changed. From an actor’s stance, there is no such thing as the perfect career. You just have to work when the work is there and any creative opportunities that are coming your way, take them,” he said.

That same philosophy extends to directing and producing: “As long as you can tell your stories and get them to market, that is always the goal,” he said.

As to what success looks like, Ventimiglia agreed prodcos are still trying to figure out the digital financial model. Production budgets are admittedly lower than with linear projects, but he has seen budgets rise significantly over the past decade as audiences engagement across streaming devices grows.

“There is an understanding that you are spending money. You want to make money to continue what you are doing, but that is the bi-product of telling a good story,” he said.

Ultimately, said Ventimiglia, “she (director Rosenbaum) shot something that is beautiful that I would put up against any film studio.”

The new series is also part of an exclusive deal signed earlier by StyleHaul and Verizon that will see the MCN develop content for the telco’s streaming platform. Under the agreement, announced in December, more than a dozen of StyleHaul’s most-popular digital influencers (including Lindy Tsang (aka BubzBeauty, pictured), Justine Ezarik (aka iJustine), and Aspyn Ovard) will create new programming targeting mobile-facing millennial women and cover a broad spectrum of genres, including fashion, beauty, health, wellness and parenting.

“We really look to bring content that is rich and timely to the platform and we believe this original is just that,” said Brian Angiolet, SVP of consumer product and Marketing for Verizon, in a media statement referencing Relationship Status.