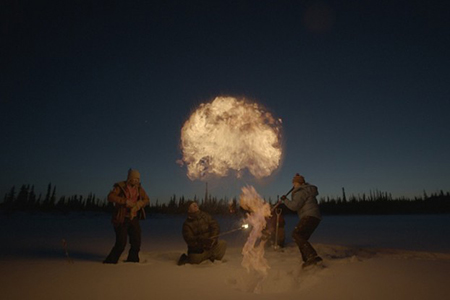 The network's OTT service is the latest platform to offer select titles in the ultra high-definition format, but will viewers notice a difference?

Discovery is the latest network to begin to offer a select number of titles on its OTT service, Discovery Go, in 4K Ultra HD. The network announced the move at the Consumer Electronics Show in Las Vegas Jan. 8. It was made in partnership with Samsung, which integrates the Discovery Go app with its smart TV offerings.

Four K (4K) is a screen resolution that measures 4,000 pixels across, allowing for a more detailed digital image to make its way to the screen.

Creating 4K content can be an expensive and difficult process, according to Casman. It must be shot with a 4K-capable camera. Pre-existing content can be converted into 4K by copying the original film through a 4K lens.

Despite the challenges, many OTT and streaming service are moving to offer content in 4K.

In his recent keynote at CES, Reed Hastings, CEO of Netflix, said the SVOD leads the digital world in the number of originals it offers in 4K. The Smithsonian Network’s SVOD service, Smithsonian Earth, also offers its content in 4K on top of standard HD. Meanwhile, transactional platform Vimeo recently introduced adaptive streaming, which allows content to switch between 4K and standard high-def instantly to avoid lengthy buffering times.

Not everyone can view 4K: a television or monitor with 4K resolution is required. And, according to Casman, downloading and buffering the massive files is an issue.

“If I’m downloading a movie, that movie is going to be gigantic,” he said. “It could be as much as 60 minutes of your time.”

Discovery GO is not yet able to offer its entire catalog in 4K. Thus far, its selection of 4K titles include Close Encounters, High Tech Rednecks, Shark and How Hard Can It Be. Additional 4K titles are scheduled to roll out in 2016, including River Monsters, Jade Fever and How It’s Made: Dream Cars.

Casman said the average TV viewer may not notice much of a difference between 4K and standard HD.

“Things are definitely crisper, but the difference isn’t huge,” he said. “It’s a lot of data. It’s a lot of work, but it must be worth it, if so many (streaming brands) are doing it.”