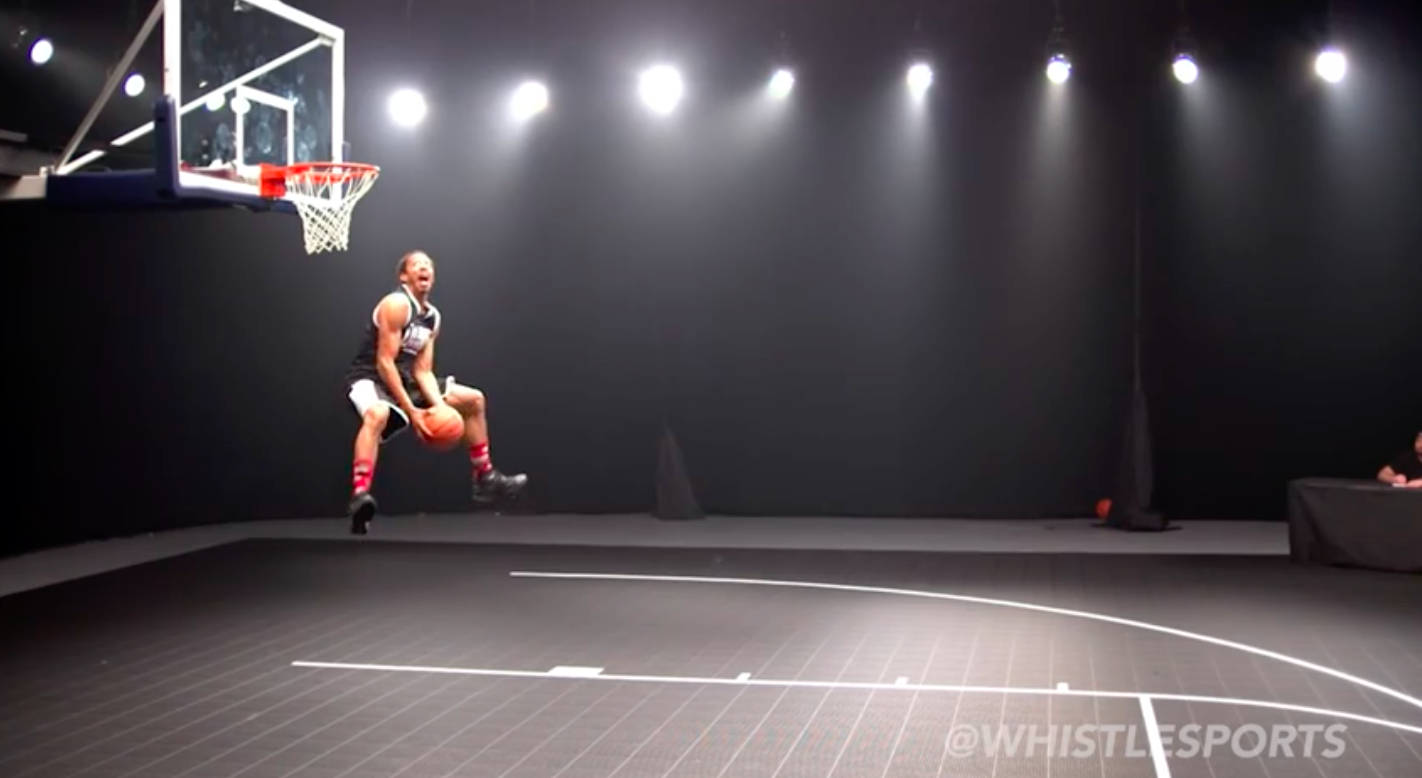 The network will soon launch seven new series, including Dunk League, for the Verizon platform, which is nearing two million downloads.

Whistle Sports has launched its first new series for the Verizon Go90 platform, joining the ranks of other MCNs hopping onto the platform, which was unveiled last fall.

The new series, Dunk League, will feature eight of the world’s best basketball dunkers as they compete for $20,000. It’s among seven new series for the platform from the media company, Bob Ciosek, chief creative officer for Whistle Sports, told StreamDaily.

Based on a study conducted last year, Whistle Sports identified 69 different sports that 13 to 34 year-olds connect with, he said, and within that grouping, it highlighted out 22 specific sports to create a hierarchy of activities that would be most popular among the demographic. Within the seven series, most of those 22 sports are represented in some fashion, he said.

For the 12-episode Dunk League specifically, he said it was chosen to lead its Go90 launches because of the global popularity of basketball (dunking, as well, ranked highly in its study).

Other series include Trick Shot Lab, which will be a behind the scenes-look at the world of trick shots in a variety of different sports (12 episodes); Closed Course, which will feature 31 of it Whistle Sport’s action-sport creators doing tricks at the old site of the Sarajevo Olympics in Bosnia (10 episodes); Record Smashers, in which three friends try to break silly and ridiculous records (16 episodes); Titans, which is a competition series from athletes and influencers in the network; and finally Brodie Smith’s World Tour, which has yet to shoot.

The new series comes amid reports that the Go90 platform has been downloaded more than 1.8 million times, and is expected to hit the two million mark early this year, according to Boston-based research firm Apptopia (Verizon itself has not released subscriber information).

Apptopia said the service was downloaded more than 700,000 times on Apple devices, and 1.09 million times on Android phones, through until Dec. 15.

Verizon launched its beta version in September, and then pushed the platform live in October. At launch, it offered Verizon customers a free 2GB of data in exchange for downloading and signing up for the account. There’s no word yet on how much content is being consumed on the platform itself.

That hasn’t stopped Verizon from partnering with a number of MCNs and production partners to create new and exclusive series for audiences – like Dunk League. And despite the relative youth of the platform, Ciosek isn’t concerned about its ability to succeed. More than a third of its 13- to 34-year-old demo is consuming more than three hours of mobile video a day – and platforms like Go90 are going to succeed because they’re catering to where the audience is already consuming content.

Whistle Sports joins the likes of Machinima (which is expected to bow its Street Fighter: Resurrection series in March and a Minecraft-inspired series Bacca Chronicles), StyleHaul (with new projects from Lindy Tsang, Justine Ezarik and Aspyn Ovard) and CollegeHumor (with Fatal Decision).