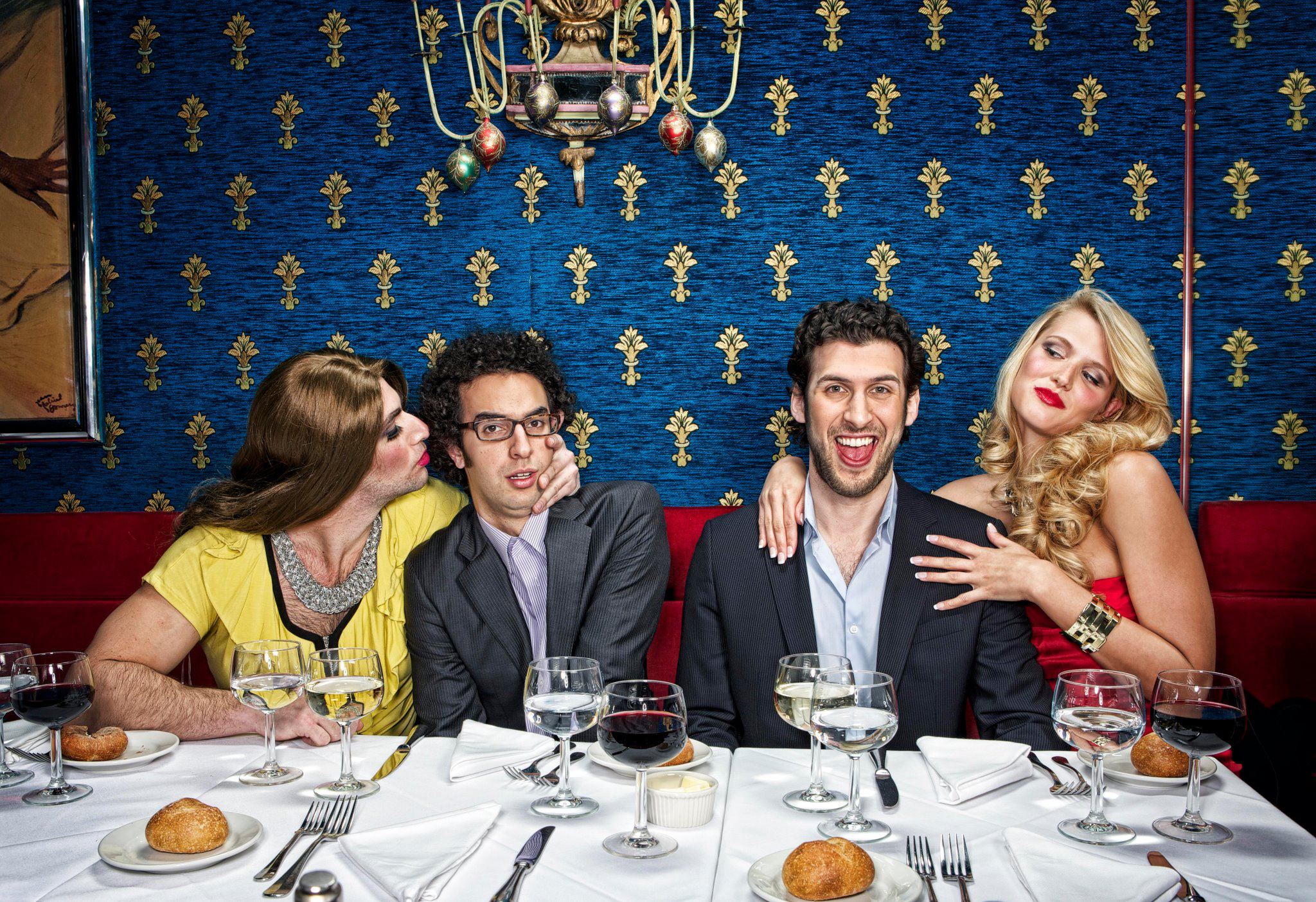 In the wake of Seeso's launch, the stars of one of its flagship originals dish to StreamDaily on online video, creative control and anatomy jokes.

NBCUniversal’s comedy-only SVOD Seeso is set to go live Jan. 7 — as is one of its first original series.

Dave and Ethan: Lovemakers stars comedians and YouTubers Dave Ahdoot and Ethan Fixell, who grab unsuspecting singles off the streets to participate in an impromptu dating game.

Adhood and Fixell, who both got their start in live touring comedy, were first approached by digital prodco and network Above Average in late 2014 to create Dave & Ethan’s Daving Game as a YouTube series. The six-episode series saw more than 1.2 million views on YouTube. In mid-2015, Above Average pitched the series to NBCU, which picked it up for a run on its SVOD.

Now, Lovemakers will run six 30-minute episodes on Seeso, which will roll out every Thursday. The show will also feature sketches and hidden camera pranks to create a variety show format.

The pair, who spoke to StreamDaily in anticipation of the Lovemakers premiere, described the show as “slightly edgy” (with Fixell adding he has an affinity for “sophisticated penis jokes,” and tried to sneak in as many as possible).

Fixell said from a writer’s perspective, expanding the show to an SVOD platform — rather than linear — presented the duo with a unique opportunity to create an expanded show, without some of the constraints of linear television.

“If I could go back to the beginning of my career and look at what my goals were, I’d definitely work toward an emerging digital platform over something like getting our own cable show,” Fixell said. “We really are given a lot of freedom and control over our creative vision.”

Adhoot said acting as executive producers to the series also helped the series keep the same spirit it had at its YouTube roots.

“We definitely kept everything within our brand,” Adhoot said. “We didn’t have to change the way we do things. There was no worry about censorship or having to heavily adapt.”

Ahdoot and Fixell said they will soon return to YouTube to create content, but are hoping to see the show renewed for a second season on Seeso.

“Hopefully then we can get some sophisticated vagina jokes in, too,” said Fixell.

NBCUniversal did not have numbers of beta subscribers available at press time.