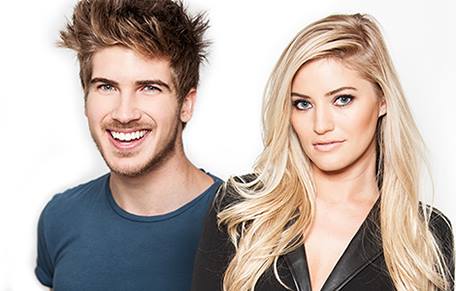 The convention will cover virtual reality, connected devices and the rapidly growing influence of the digital world onto traditional media.

The Consumer Technology Association’s annual Consumer Electronics Show (CES) is set to kick off in Las Vegas, Nev. on Jan. 4.

More than 3,000 companies will present exhibitions, panels and talks on the latest technological devices and the ever-changing digital world. Last year, more than 170,000 attendees from around the globe gathered at the convention, including more than 48,000 senior-level executives and 1,800 government professionals.

Though the tech-focused conference will feature many exciting new gadget displays and demonstrations (including magician Penn Jillette promoting the various mobile and connected devices that helped him in his recent weight loss), much of the conference’s content will focus on the growing influence of the digital world onto traditional media.

Of course, many of those futuristic gadgets are also gaining influence in the digital world. Connected TV devices such as Amazon and Roku will be on display for users to interact with, as will a huge number of tablets and mobile phones — which are increasingly popular for consuming short– and long-form content.

A number of virtual reality devices will be on display at the conference, with more than 40 exhibitors (including Samsung and the Facebook-owned Oculus) showcasing their new virtual and augmented reality technology. Last year was a big year for virtual reality, with various high-profile publishers such as Discovery and PBS creating content for 360 viewing. Now, with the Oculus Rift’s consumer headset set to hit the market in the first quarter of the year, many experts estimate that VR could be poised for a major takeoff soon.

YouTubers such as Joey Graceffa and Justine Ezarik (iJustine), both pictured, will serve as ambassadors for CES’s Entertainment Matters program, which is designed to help young people in the entertainment industry navigate the conference.

The full schedule for CES is available online.

StreamDaily editor Darah Hansen will be on the ground at CES covering all things digital. Readers can follow Hansen on Twitter for live updates.

Those interested in scheduling a meeting with Hansen can email her.