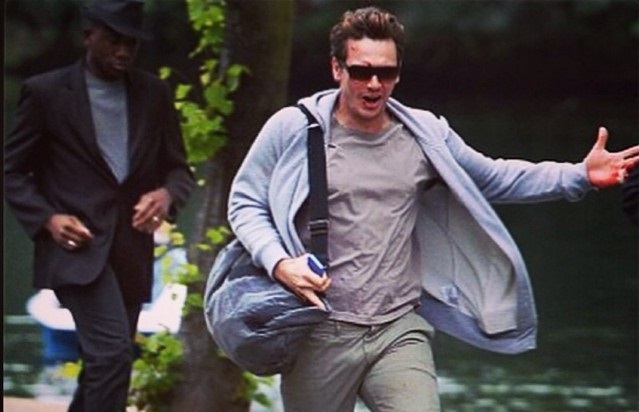 The actor bowed four original series across Facebook and YouTube - the result of a creative partnership with Disney's Maker Studios.

Almost two years after going public with their intentions to partner on content creation, James Franco and Maker Studios have unveiled a slate of original videos.

As of Dec. 21, four new series bowed on Franco’s Facebook page and YouTube channel, with more programming promised in 2016.

The series are the result of a collaboration between Rabbit Bandini Productions (the prodco owned by Franco and Vince Jolivette) and the Disney-owned multi-channel network, and were first announced at the 2014 NewFronts in New York.

According to Maker reps, the actor and MCN have worked together for the past 18 months to identify and produce the stories under the network’s Maker Labs’ initiative, which exists to pair Maker’s own production team with high-profile creative talent.

In this case, the stories, which are available now for binge watching, range from short form (five minutes) to 10 minutes or longer:

The partnership is expected to bear more creative fruit in 2016, including LA Series, a scripted story about gang life in Los Angeles; the previously announced Camp, a coming-of-age story adapted from Franco’s Palo Alto: Stories; and Tenn, a full­-length digital film chronicling the family struggles of playwright and author Tennessee Williams. It will star Vincent D’Onofrio (Jurassic World, Daredevil) and Beth Grant (The Mindy Project, No Country For Old Men) and will be directed by Franco.

There was no further details available on the future projects — including project lengths or distribution platforms — at press time.

In addition to the content, Maker has also launched a James Franco app (called Rando Franco) on iOS and Android, to allow fans to access exclusive videos by Franco. Maker has created similar apps for its other star YouTube creators and channels, including PewDiePie, CaptainSparklez and Epic Rap Battles of History.

It also comes as the MCN undergoes some big changes in it’s leadership. Earlier this month it was announced that CEO Ynon Kreiz is leaving the company as of Jan. 11. He is to be replaced by Courtney Holt, who’s been named EVP and head of Maker Studios. In August, former chief content officer Erin McPherson left the MCN, as did former head of marketing, Jeremy Welt.

Watch episode one of The Ultimate Evil below: