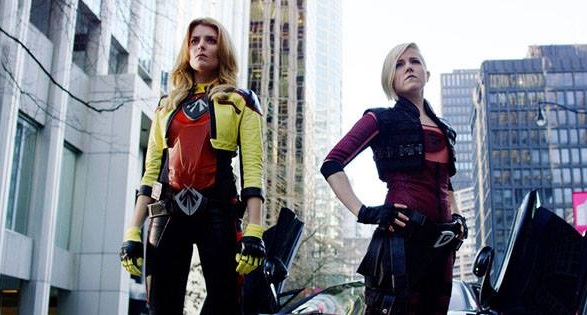 Martin Keely, Randy Ahn and Trent Good have all joined the network as it evolves beyond MCN to prodco and, soon, a streaming provider.

As Fullscreen preps for the launch of its SVOD in 2016, it has appointed three longtime industry players to lead the way.

Among those joining the MCN is former Major League Baseball Advanced Media (MLBAM) SVP Martin Keely. In his new role, Keely will lead the as-yet unnamed streaming service as general manager, a rep for Fullscreen confirmed.

Keely’s job is to oversee all operations and development of the SVOD. During his 14-year tenure at MLBAM (which oversees digital operations for the MLB and its 30 clubs), Keely worked in a variety of roles in operations, production and technology. His most-recent role saw himi oversee partner solutions where he operated digital business for sports and entertainment partners including HBO and WWE.

Ahn will assist in the development of original content strategies and strategic partnerships, while Good will develop the product and creative design of the platform. Those duties will expand beyond the SVOD to Fullscreen’s creator platform and brand services.

Fullscreen first announced plans for the SVOD in September in an effort to “bridge the gap between social media and television for youth audiences” (according to a blog post by Fullscreen CEO George Strompolos).

As an MCN, Fullscreen has more than 50,000 creators and 4.6 billion monthly views according to MCN ranking service SocialBlade. The network is also behind the production of a number of original series and films starring digital talent, including the direct-to-consumer documentary #O2LForever, and the reboot of Electra Woman and Dyna Girl (pictured), starring YouTubers Grace Helbig and Hannah Hart.

The SVOD is expected to serve as a delivery platform for that original content. A network rep said there was no further information available on what other content will be offered through the service.

The rep said pricing details and a specific launch date for the SVOD have still not been determined.