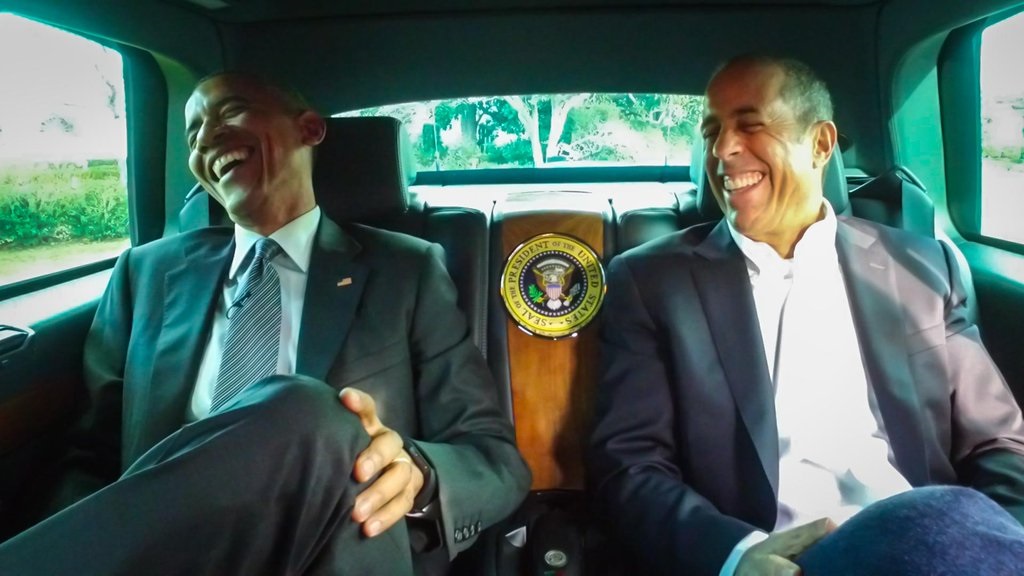 Crackle goes presidential in Comedians in Cars Getting Coffee

Comedians in Cars Getting Coffee, the flagship original series from Sony streaming service Crackle, has been greenlit for a seventh season. To celebrate that return, host Jerry Seinfeld will be joined in his car by U.S. President Barack Obama.

The new season will premiere Dec. 30 at 11:30 p.m. ET on Crackle and on its own web site. In the episode, Obama and Seinfeld will discuss life in the White House as they sip coffee and drive around in a 1963 Corvette Stingray.

Few political leaders have managed to harness the power of social media and digital video to reach young voters as effectively as Obama. He has more than 67 million followers on Twitter (with an additional five million on the official POTUS Twitter) and 46 million followers on Facebook. He’s made guest appearances on Saturday Night Live (though he has never hosted) and, in June, made serious waves with a revealing discussion about race in America on Marc Maron’s wildly popular WTF podcast.

Research by the Center for Information and Research on Civic Learning and Engagement showed in 2012, the youth vote was vital to the election and was part of what ensured Obama’s victory. He won the vote of 67% of voters age 18 to 29 years. About half of eligible voters in that demographic voted in both the 2012 and 2008 presidential elections.

The seventh season of Crackle’s unscripted series, which will consist of six episodes, will also include appearances by Will Ferrell, Steve Martin and Garry Shandling, among others.

Other originals by Crackle include the scripted drama The Art of More (which was recently renewed for a second season) and the animated comedy series SuperMansion featuring the voice work of Bryan Cranston and Seth Green.