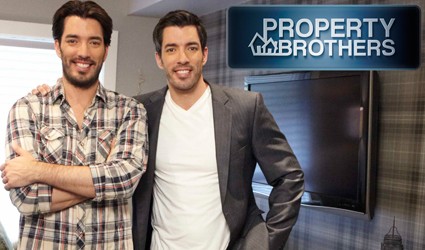 Apps for HGTV, Food Network and Travel Channel include a back catalog of content and the option for live viewing to meet varied viewing habits.

With a new year fast approaching,  the executive team at Scripps Networks Interactive is already looking back at 2015 as a year defined by efforts to bring as much content to as many screens as possible.

That’s certainly the strategy behind Scripps’ latest move to expand its digital offerings to AppleTV. As of Dec. 21, apps for HGTV, Food Network and Travel Channel brands became available to users of the OTT service.

“It’s really all about making content as widely available as possible and accommodating the needs of modern viewers,” said Henry Ahn, president of content distribution and marketing for Scripps, in an interview with StreamDaily.

“We make most of our revenue from cable subscribers and from advertisers, so it just makes sense to want to expand that,” he said.

Since 2014, Scripps has been developing various TV Everywhere apps on mobile devices for HGTV, Food Network and Travel Channel, as well as DIY Network and the Cooking Channel. However, this is its first expansion to a connected TV model.

Ahn said the entire entertainment industry is still scrambling to figure out how to reach the digital generation in a big way.

“We haven’t quite figured that out as an industry, and we don’t really have one standard,” he said. “What we do know is it’s about quantity, it’s about availability, and it’s about flexibility.”

Part of that flexibility, Ahn said, is creating different format options that can appeal to multiple generations.

“The way (millennials) watch TV is entirely different from how older people watch TV,” he said. “The challenge is accommodating different viewing habits, not forcing someone to develop new viewing habits.”

For that reason, the new apps will provide a large back catalog of content (such as Property Brothers, pictured) as well as the option to watch a live stream of the linear channels through AppleTV (users will need to authenticate their pay-TV provider credentials for this option).

Earlier in December, Scripps launched the Scripps Lifestyle Studios, a studio focused on creating original content for distribution across online and digital platforms. Ahn said 2016 will see a slew of content developed specifically for these digital platforms.

“Ultimately, we believe we have to do things in a way that accommodates what people already gravitate toward,” he said.