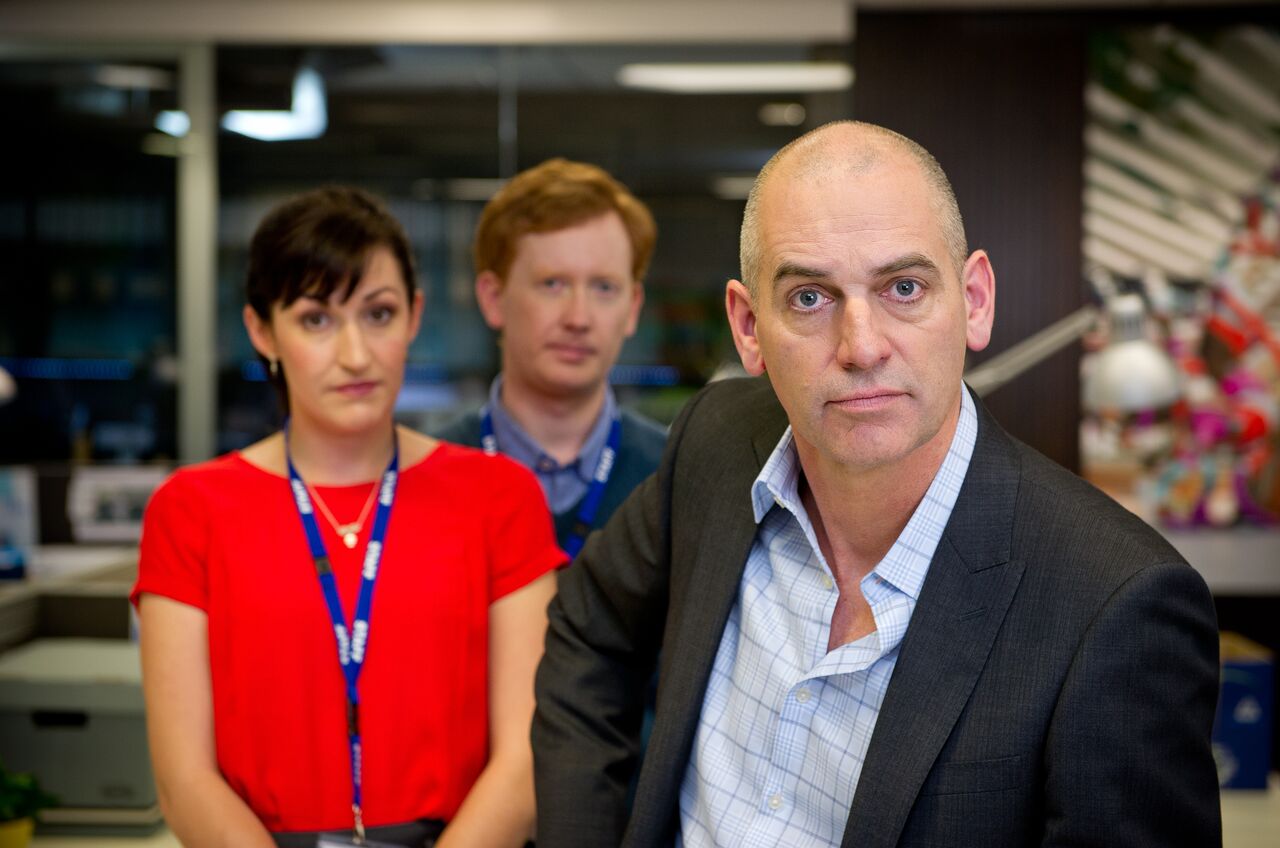 The first two seasons of the Aussie comedy are available to stream as the SVOD looks to deepen its hold on a problematic market Down Under.

Making it big in America was never the objective behind Dreamland, a hit Australian television series created by Working Dog Productions.

But in the digital world, there are no borders, and the Melborne-based prodco is getting a full understanding of just what that means after the first two seasons of its half-hour comedy were picked up by Netflix and made available for binge-watching in the U.S. and U.K. markets over the holidays. Season one is also available on the newly launched Netflix service in Australia and New Zealand, with season two expected to be added to the SVOD’s growing slate of regional content in 2016 as it looks to deepen its hold on what’s proving to be a problematic market.

“The reception surprised us,” said Rob Sitch (pictured, front right), the actor, director, screenwriter and producer behind the series, which just finished its second-season run on Australia’s ABC national television.

Dreamland, as the show is called in the U.S. (in Australia it is known under its original title, Utopia) has been compared to American linear hits Parks and Rec and The Office in that it’s told in a mock reality-show style. In this case, it’s government excess and bad decision making that is the butt of the joke.

Sitch, a well-known actor and writer in Australia, said the show seeks to capture those so-called “Utopian moments” — the absurdity that results when everyone means well but somehow we create these disasters, even with all the planning in the world.

“The smarter we get, the dumber our projects get,” he said. “We like to joke that this is just what every network wants is a creator to come in and say, ‘Hey I’ve got this great series about infrastructure.’ (But) it’s the first sentence of the pitch makes people lean back in their chairs just a little.”

Though the humor is delivered with a distinct Down Under tone, the show has found a solid audience outside of Australia, including Europe, via linear TV.

Sitch is certain the jokes will also translate to an American audience watching it on Netflix.

“It’s funny. I’ve got kids at school and one of the other dad’s is French. He told me, ‘That show is so French’,” said Sitch. “Government spending and white elephants are a global phenomenon.”

Ironically, Netflix may be banking on the show, and its high-profile stars, attracting more of a home-grown audience. Since launching in Australia and New Zealand in March 2015 (part of the SVOD’s overall push into the Asia Pacific), Netflix has found itself battling a number of challenges, not the least of which is the ongoing difficulty of securing licensing rights to TV shows and movies. It hasn’t gone unnoticed by local subscribers that the library of content offered to U.S. patrons is considerably bigger (roughly six times) than that on the Aussie streaming service, prompting many Australians to access the American service via VPN instead of their local account.

In response, Netflix has promised to boost the number of titles, with an emphasis on adding hundreds of titles unique to Australians and New Zealanders, as it fends off stiff competition from the likes of Presto TV and Stan, both of which launched in early 2015.

According to a recent study by the Australian Communications and Media Authority, an estimated 3.2 million adult Australians (about 17% of the population) watch video content. Netflix accounts for the majority of those users (2.5 million or 14% of the total population).

“A lot of the world likes to think of every Australian on horseback roping cattle in the Outback, but 60% of Australia is in the service economy. We’ve gotten rid of our cowboy hats and replaced it with a lanyard and a security pass,” said Sitch.