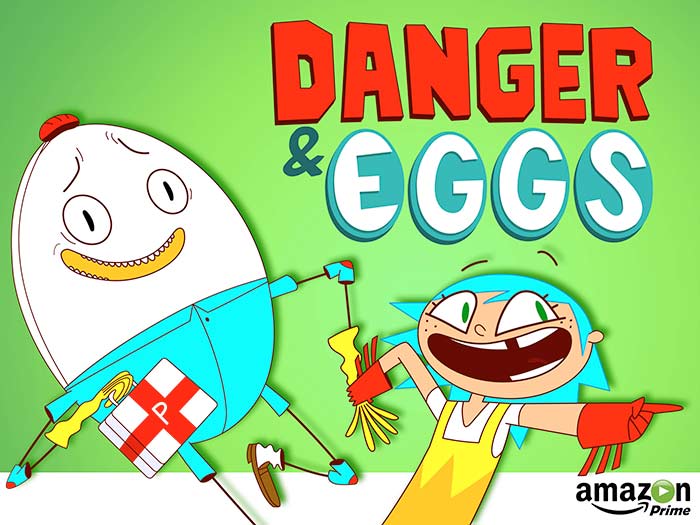 The slate includes Danger and Egg, which comes from the creator of Yo Gabba Gabba and features voice talent from Saturday Night Light alumni.

The three new series, Danger & Eggs, If You Give a Mouse a Cookie and Niko and the Sword of Light, are set to debut exclusively for Prime members in the U.S., U.K., Germany, Japan and Austria.

Also for kids six to 11, Niko and the Sword of Light gets the greenlight after being passed over in February. Based on the motion-graphic comic by Imaginism Studios (Alice in Wonderland, Men in Black 3) and Studio NX (The Carrot and Rabbit Show, Tree Fu Tom), the series follows the epic adventures of a 10-year-old boy who is the last of his kind in a strange, fantastical world. It features animation from L.A.’s Titmouse (Turbo FAST, Randy Cunningham: 9th Grade Ninja) and is written by Rob Hoegee (Generator Rex, League of Super Evil, Storm Hawks, Teen Titans).

Meanwhile, Amazon is readying 26 episodes of new book-based preschool series If You Give a Mouse a Cookie, written and developed by Ken Scarborough (Arthur, Doug). The show is based on a beloved book series by authors Laura Numeroff (Dennis the Menace) and Felicia Bond.

Rounding out the kids activity, Amazon has renewed multiple Emmy- and Annie Award-winning Tumble Leaf from creator Drew Hodges (Community) for a third season. The stop-motion series is executive produced by Hodges and Kelli Bixler (The Roadents) of Bix Pix Entertainment.

Amazon Studios, Danger & Eggs, If You Give a Mouse a Cookie, Imaginism Studios, Ken Scarborough, Mike Owens, Niko and the Sword of Light, Tumble Leaf