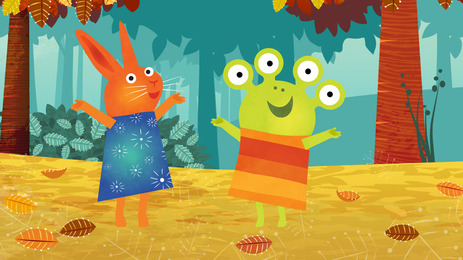 Since its launch, SVOD and learning app Hopster has expanded to more than 100 markets, offering popular series like Wanda and the Alien.

In the two years since its launch, SVOD and learning app Hopster has expanded to more than 100 markets, with the latest addition being Iceland.

U.K.-based Hopster has signed a carriage deal with Vodafone Iceland that will see the platform join the mobile and IPTV provider’s SVOD service Vodafone Play. Hopster is now bringing hundreds of local-language episodes of preschool shows to Vodafone Play subscribers across the country, with popular series like Thomas & Friends, Pingu and Bob the Builder all being offered up in Icelandic.

A number of national nursery rhymes will also be made available in the Icelandic language, all in support of Hopster‘s early years curriculum.

Hopster has also been working on the localization of other series, including Max & Ruby, Wanda and the Alien (pictured) and Peg + Cat, which will premiere on the Vodafone Play subscription service in the coming months.

Also launching in early 2016 is the accompanying Hopster mobile app. Like the English-language version, it will include Hopster‘s suite of educational games and interactive interface, all in Icelandic.

For its part, Vodafone has been investing in cross-platform video services for its customers for the past eight months, and the company launched the family-friendly, Netflix-like Vodafone Play service this past April.