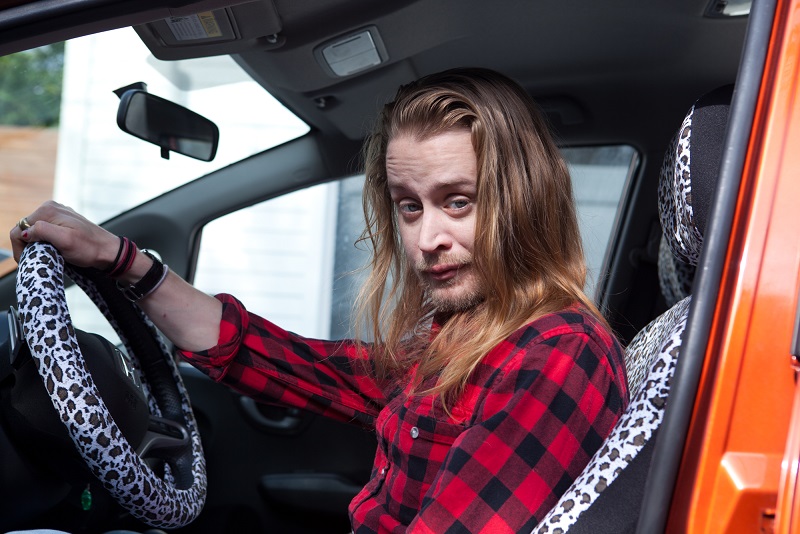 Producer Jack Dishel says the YouTube series started out as a laugh, but has ballooned into a serious endeavor with weekly episodes expected in 2016.

It’s been 25 years since Home Alone opened in theaters, making a household name out of its child star, Macaulay Culkin, and scoring so big at the box office that, even today, it remains one of the top grossing comedies of all time.

The movie’s place in history and Culkin, now all grown up, are both central to the plot of “Just Me in the House by Myself,” the debut episode of a new comedy web series, :DRYVRS, from Jack Dishel.

The scripted short is available on Dishel’s new YouTube channel, which launched this month and has yet to attract subscribers. But that hasn’t stopped the five-minute video from finding an audience. The episode dropped on Dec. 17 and has since garnered 5.5 million views. It is also trending on Facebook. 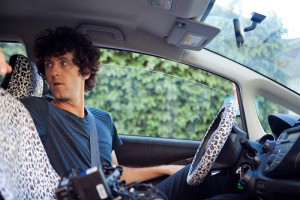 Dishel (pictured, right) said the sudden popularity of the show all comes down to Culkin’s enduring fame and his willingness to poke fun at his own celebrity status.

“For him, at this stage of his life, he doesn’t really have to do anything he doesn’t want to do so I thought it was really cool of him to do (this episode),” said Dishel in an interview with StreamDaily. “He is the one playing with his own celebrity. I feel like that is why it is trending. People find it exciting.”

Culkin guest stars as a rough-looking and overly emotional Uber-like driver who vents about the trauma he suffered as a child after being left by his parents at home (yes, alone) at Christmas.

The episode was co-written by Dishel, who also stars in the series, as well as Kerry Harris, and produced by Dishel, Harris and David Zonshine.

In each episode, Dishel stars as an on-demand car service passenger and will be accompanied by special guest driver, including Rosanna Arquette and Steven Weber. New episodes are slated to premiere early next year.

Dishel has co-produced music videos in the past, but this is his first time in the producer’s chair. He’s better known as a writer and guitarist with the L.A. band Moldy Peaches.

Dishel said the series “started out as a fun idea” but ballooned into a serious endeavor.

“As soon as Mac (Culkin) got involved, it just became a much bigger deal,” he said.

He chose YouTube to launch the series because of the platform’s immediate accessibility to viewers, adding the short-form format common to the platform shaped the way he told the stories — breaking the shots into tight, snappy pieces that aim to grab and hold a viewer’s attention.

“I use my own attention span as a guide and am pretty ruthless in the way I access things. You find yourself, over the course of a 15-minute period, clicking through 15 or 20 different videos and you mostly dismiss them out of hand, so I am mindful of the short patience that we all have,” he said.

Casting to post-production was all done on a kind of “barter system,” said Dishel, who, so far, has no big-money backer behind the project.

“We don’t have the smoothest assembly line running right now. This is all just seat-of-the-pants stuff with myself and two other producers. Everyone is pulling favors,” he said.

But, he added, “generally, if you are working on a project that is fun and cool then people want to do it and you wind up not paying a tremendous amount of money. That is how artists are, anyway. It’s still currency, but it is not cash.”

Finding financial success on YouTube can be an uphill battle. While the platform has launched the careers of many a millionaire, most creators struggle to make money under the 55/45 revenue-sharing model (with the majority going to the creator). The bulk of earnings come, instead, from branded content.

But with more than one billion global users who generate billions of views daily (according to YouTube stats), the platform continues to attract top content from individual creators, MCNs and digital media cos: AOL, for instance, uses the platform for its Emmy-nominated original, Park Bench with Steve Buscemi.

Dishel said he’s “open” to making money off his new series, but that is not the main goal.

“Right now, we see it as a creative endeavor…We are going to move forward to do our best to make it great,” he said.

Check out the premiere episode below.