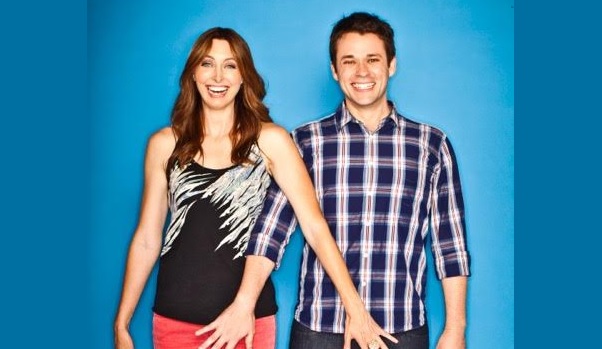 TV Land has ordered a pilot for the unscripted comedy series, adding to the cable network's growing slate of millennial-targeted programming.

Funny or Die’s Throwing Shade is headed to linear television.

A pilot for the unscripted comedy series, which began as a podcast in 2011 before moving to Funny or Die’s streaming site in 2013, has been ordered by the Viacom-owned TV Land.

Creators and hosts Erin Gibson and Bryan Safi (pictured) will continue in their roles in the show’s linear revamp, which, according to a media statement from Funny or Die, will take “all the issues important to ladies and gays and (treat) them with much less respect than they deserve.”

Gibson and Safi will also serve as executive producers on the show, while Charlie Siskel, formerly with Comedy Central’s Tosh.0, will be brought onboard as showrunner.

The two hosts are no strangers to traditional television: Safi was a former writer on The Ellen DeGeneres Show and currently plays a starring role on ABC’s Young and Hungry; while Gibson has guest starred on a number of linear series, including NBC’s Community and Parks and Recreation.

The millennial appeal of Throwing Shade could prove beneficial for TV Land. The cable network, which was once known for older-skewing multi-camera sitcoms such as Soul Man and Hot in Cleveland (which have recently been cancelled), has picked up a number of more youth-focused, single-camera comedy programs. The Jim Gaffigan Show premiered in July and was recently picked up for a second season, as was Darren Star’s Younger, starring former teen queen Hilary Duff.

The pilot for Throwing Shade is currently in production.

More than 80 episodes of Throwing Shade are available on Funny or Die. The site did not disclose viewership numbers for the series itself but currently boasts more than 70 million  monthly viewers.